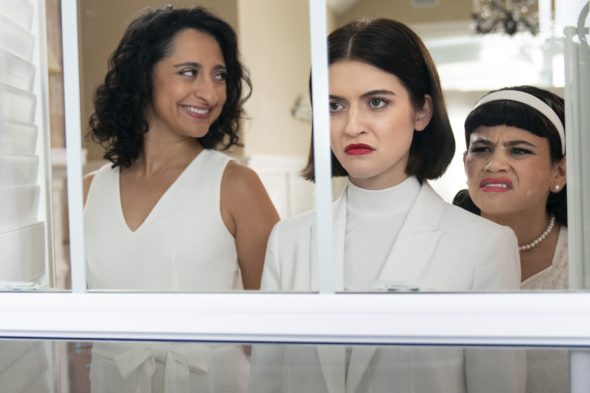 Three Busy Debras has been renewed for a second season on Adult Swim. It was announced that the series would be returning in a post on Instagram. Sandy Honig, Mitra Jouhari, and Alyssa Stonoha star in the comedy and also executive produce, alongside Amy Poehler and Kim Lessing of Paper Kite Productions. Anna Dokoza executive produces and directs the series.

Three Busy Debras follows three very busy women who are all named Debra. They live in the affluent suburb of Lemoncurd and do lots of interesting activities, which keep them very busy.

Check out the post shared by Adult Swim below.

A premiere date for the new season of Three Busy Debras was not revealed.

What do you think? Are you a fan of the Three Busy Debras series? Will you watch season two on Adult Swim?