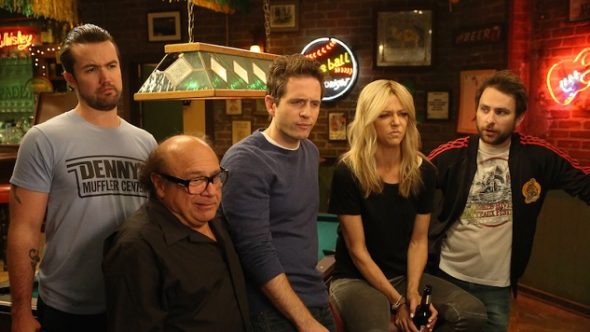 It’s Always Sunny in Philadelphia is not going anywhere anytime soon. That is if Rob McElhenney has his way. He wants to the series “forever.” This is per an interview with NME.

The series has aired for 14 seasons thus far. It started on FX, and it is now on FXX. McElhenney said the following about what is happening behind the scenes for It’s Always Sunny in Philadelphia:

“Oh, Sunny very much still exists. We’re still in active negotiations for season 15 and 16 and we’re hoping that as soon as we get out of Mythic Quest season, we jump right into something new with Sunny…”

“I’ll do it forever. If people keep watching it and we keep having fun, why would we ever stop? It’s my dream job. I never understand why people leave shows. I don’t. I never understand that. The show is what I dreamed of doing my entire life. I don’t take it for granted. And if they keep paying me and the audience keeps watching it and I still love it… why would I ever stop?”

No word on when a new season would be able to go back into production or when the episodes would air.

What do you think? Are you a fan of this quirky comedy series? Are you excited for the return of this series?

I absolutely adore this show!!! Make 50 more seasons Rob, i’ll watch and laugh my ass off in every single episode like i have through the first 14 seasons.