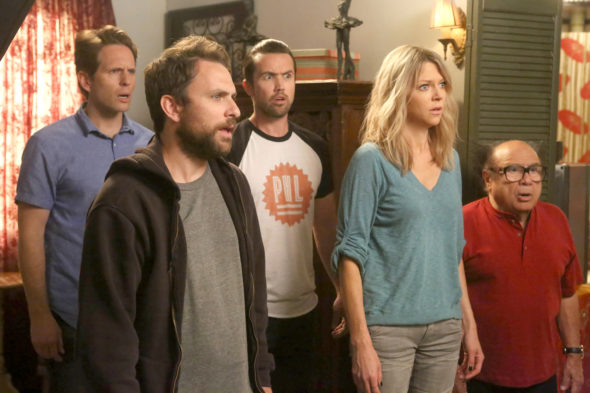 Are you a big fan of It’s Always Sunny in Philadelphia? FX boss John Landgraf recently discussed the future of the long-running TV show, Deadline reports.

At this year’s winter TCA press conference, Landgraf said it’s very possible FX will renew It’s Always Sunny in Philadelphia for season 15, which would make it the longest-running live-action comedy series in history.

As long as we can come to business terms that fit both our needs and they can continue to make episodes as good as they have been making, there is a good chance it may go past Season 14.”

What do you think? Do you watch It’s Always Sunny in Philadelphia? Would you watch a 15th season?

Season 13 was a disaster. Season 14 continues in the same terrible direction. These last couple of seasons have lost the originality and charm the show is known for. Wit and comedy has been replaced by political correctness and the incessant need to shove the new world order agenda down everyone’s throats. It doesn’t surprise me though. Hollywood is full of nut job pedophiles and narcissists. Don’t waste your time on this season. I suggest sticking to the old episodes, when the show was actually funny; when the characters were believable instead of caricatures of themselves that would fit better… Read more »

I agree about 13 but I thought this last season was really good. They’ll never get back to their peak seasons, no show does, but season 14 made me want to see more.