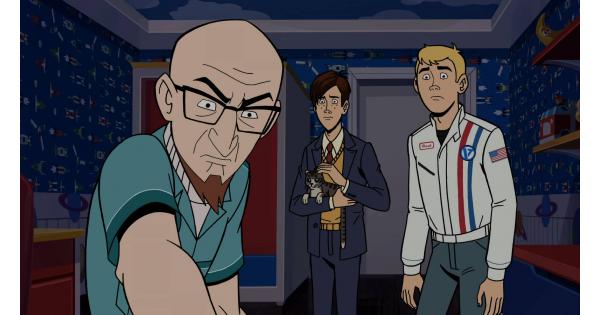 The Venture Bros. have officially had their last adventure. The most recent episode aired in October 2018, and we have confirmation from the series’ creator that that installment is the show’s finale. There will not be a season eight of the series. The animated series aired for seven seasons over the last 17 years, and that makes it the longest-running series on Adult Swim.

Unfortunately, it’s true: #VentureBros has been canceled. We got the highly disappointing news a few months ago, while we were writing what would have been season 8. We thank you, our amazing fans, for 17 years of your kind (and patient) attention. And, as always, We Love You.

Per SyFy Wire, the Adult Swim series “revolved around the titular Venture Brothers, Hank and Dean, as well as their loving but evil super-scientist father Dr. Thaddeus ‘Rusty’ Venture (Difficult People’s ), and their bodyguard (and secret agent) Brock Samson as they went on wild adventures, and faced off against their (self-appointed) archnemesis, The Monarch.”

Jackson Publick, Doc Hammer, James Urbaniak, Patrick Warburton, and Steven Rattazi are the voice actors for the series. Urbaniak also shared a message on his Twitter about the cancellation of the series.

So, as it must to all, cancellation has come for The Venture Bros. The pilot aired 17 years ago, which means the show was almost old enough to vote. It was one of the great gifts of my life & career. The fans were, quite simply, the best. Thank you, everybody. Go. Team. Venture! pic.twitter.com/MPMAvWS6Z4

Following Publick’s announcement, Adult Swim indicated that the characters might return in some way.

What do you think? Are you a fan of The Venture Bros? Are you sad that the Adult Swim animated series has been cancelled? Would you like to see the characters return someday?

This is a great show. I am saddened to hear of the cancellation. I hope some day we will see a live action Venture Brothers movie or series. “Go Team Venture”

Travesty! Venture Brothers was (is) satire of the highest nature. It should’ve been immortal like The Simpsons. I will miss not looking forward to new adventures, but I will treasure the old.