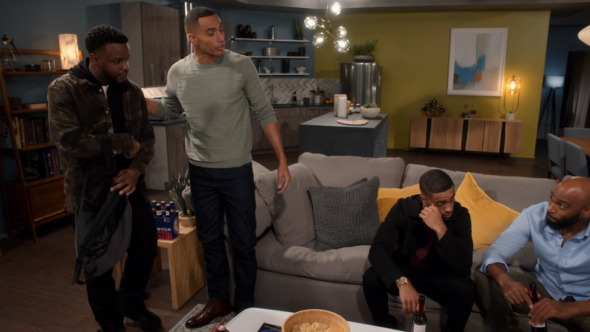 Bruh has wrapped production after just four days. The BET+ comedy is the latest series from Tyler Perry to successfully film episodes during COVID-19. Over the last two months, four of Perry’s shows have safely filmed at Tyler Perry Studios in Atlanta — Bruh, Ruthless, Sistas, and The Oval. The cast and crew were inside a quarantine bubble with strict testing and restrictions during filming.

The BET+ series had already aired 12 episodes of its first season, leaving 12 left in the season. It’s unknown how many of the remaining installments had already been filmed. Bruh took just four days to film 19 new episodes. It isn’t known if the additional episodes will be added to the current season, or if they are for a second season. A season two renewal has not been announced.

Per Deadline, the production was as follows:

“Overall, there were 32 shoot days and 51 quarantine days total for the four series, with weeklong breaks between production of Sistas and The Oval as well as The Oval and Ruthless. (Perry and his crew stayed in continuous production after Ruthless to shoot Bruh.) Perry’s quarantine bubble model involves check-in testing as cast and crew arrive at the studio, with everyone staying in their rooms until test results come back.”

Tyler Perry is taking a break from quarantine and filming for his birthday and to attend an event later this month. Sistas is the only series with an upcoming premiere date currently set.

What do you think? Are you excited for the return of Bruh? Will you watch the new episodes of this BET+ comedy?