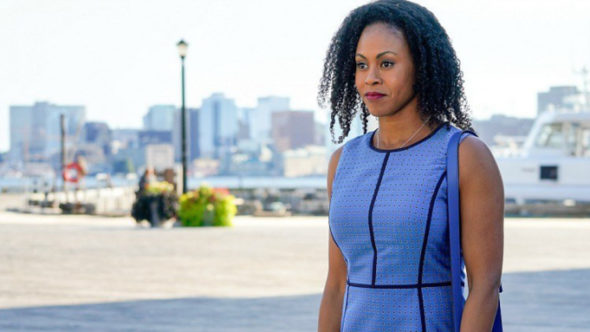 Diggstown has arrived on BET+. The series arrived on the streaming service on Thursday, and fans will be able to see six episodes of the series. Vinessa Antoine stars in the drama. She is joined by Natasha Henstridge, C. David Johnson, Stacey Farber, Brandon Oakes, Shailene Garnett, Tim Rozon, and Dwain Murphy.

BET+ revealed the following about the drama in a press release:

“Today, BET+ announces new series DIGGSTOWN has been added to its roster of original programming. The six-part series follows Marcie Diggs, played by Vinessa Antoine (General Hospital, Being Erica), a star corporate lawyer who, after her beloved aunt commits suicide following a malicious prosecution, decides to reconsider her priorities. Set in the gritty arena of a legal aid office in Dartmouth, Nova Scotia, the team of lawyers that Marcie works with are a curious band of do-gooders, cynics, and scrappers – messy souls struggling to keep personal disappointment and demons out of their practice. They work directly in the community to find justice for their diverse clients, exploring issues of racism, poverty, and gender bias. Marcie is driven by one thing – to never again allow innocent lives to be destroyed by the justice system. The BET+ original DIGGSTOWN is streaming now on BET+ (@BETplus).”

I watched the first season and anxiously waiting for the new season to come!

Another Canadian gem that initially seems low budget but develops into something very worthwhile.