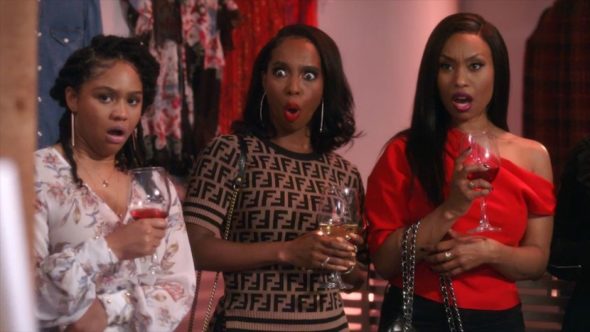 Get ready for even bigger things on Bigger! The series is returning for a second season, and fans will see even more wild and crazy times.

BET+ revealed more about the renewal of the series in a press release. Check that out below.

“I’m so proud of this show! And I can’t wait for new audiences to follow the shenanigans of this wild and crazy group of Black 30-somethings. Buckle up for Season 2,” said Will Packer.

“We are excited and proud to bring the Bigger squad back for another run. Will and Felischa have been tremendous partners and we can’t wait to dive deeper into the hilarious and complicated lives of Layne and her group of friends” said Devin Griffin, General Manager, BET+. “Our commitment to premium content continues with this series. Fans embraced the show because it’s real and fresh, and provides a new way for Black viewers to see themselves in original Black stories on screen.”