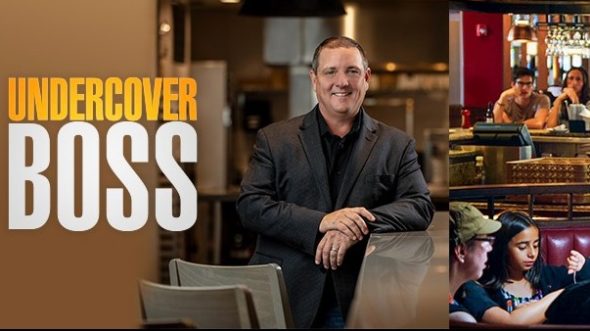 Undercover Boss is getting ready for its big return. A premiere date for season 10 of the CBS reality series where bosses go undercover to find out what their employees really think about their jobs will return next month.

CBS revealed more about the return of the series in a press release.

The 10th season of UNDERCOVER BOSS debuts with five original episodes, all shot prior to the pandemic, beginning Friday, Oct. 2 (9:00-10:00 PM, ET/PT) on the CBS Television Network.

Following are details on the first two episodes:

“TGI Fridays” – Ray Blanchette, chief executive officer, TGI Fridays, who started at the company as a manager in training on Oct. 2, 1989, finds out if he can still stand the heat in the kitchen and behind the bar, as he attempts to cook up extra business at a couple of locations.

Since 1965, TGI Fridays has opened its doors to bring people together for everyday celebrations. “That Fridays Feeling” is what people experience when they’re having fun with their friends and family with Fridays. Today, more than 50 years later, Fridays still creates that feeling for people in over 850 restaurants in 55 countries, by offering high-quality, authentic American food and popular drinks backed by genuine service.

“Bowlero” – Colie Edison, chief customer officer of Bowlero Corp and CEO of the Professional Bowlers Association, works to spare the customers from waiting too long when checking them in to bowl, and tries for a perfect game while taking food orders as a lane server.

Bowlero Corp is the worldwide leader in bowling entertainment, media and events, serving over 28 million guests each year at its 300 locations across the country through a family of brands that includes Bowlero, Bowlmor Lanes and AMF. Bowlero Corp is also the new owner of the Professional Bowlers Association (PBA), the major league of bowling, which boasts thousands of members and millions of fans across the globe.

What do you think? Are you a fan of Undercover Boss? Will you watch the new 10th season episodes on CBS next month?

People have to be really bored to sit through UNDERCOVER BOSS. I’d love to get back the hour I wasted watching one episode!