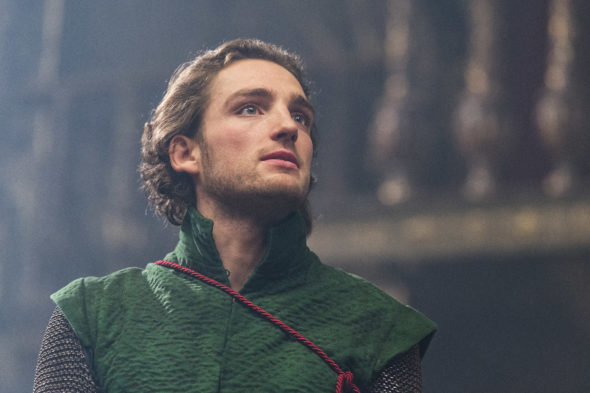 Is all well that ends well? TNT has cancelled its Will TV show after just one season of ten episodes. The decision to cancel the young Shakespeare drama series comes on the heels of last night’s Will season one and unintentional TV series finale episode, “Once, Bright Angel.” The first season of Will premiered on TNT on July 10, 2017.

Will: A Look at the Ratings

The first season of Will averaged a 0.11 rating in the 18-49 demographic and 392,000 viewers. It is the lowest rated of the scripted TNT TV shows we’ve been tracking.

Deadline has confirmed the Will TV series cancellation. You can binge-watch the enter first and only season of Will on the TNT website.

What do you think? Did you watch the first season of the Will TV show? Should TNT have cancelled or renewed it for a second season? Sound off, in the comments.

Love the show, wish it would be brought back.

I Just watched the first season and Loved it. Very real Drama in relation to the cruel times. A very Adult show. But hung on every scene!

I really lived the show, from beginning to end. It wasn’t something I watched with my kids however, I throughly enjoyed the show. Most of the cast was you g and just starting their careers and I feel they did an awesome job! I am very sad to find out that it won’t be back for another season. I was looking forward for Alice’s part to develop, Will to reach his full potential, Topcliff to get all the bad things he deserved! The other characters had interesting story lines too. It isn’t a today’s super hero movie but it had… Read more »

I loved the Will series. It was one of my favorites. I hope they reconsider a second season.

Please return “Will” to TNT!