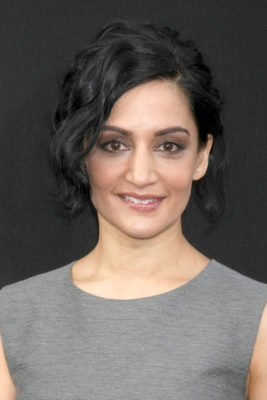 Panjabi will make her return to Blindspot in the latter half of season three.

We’re so elated to have the tremendous Archie Panjabi back for a very exciting one-off episode this year! I can’t say much about what will happen in the episode yet, but Nas will play a small but integral part in bringing down the bad guys this year.”

What do you think? Do you watch Blindspot? Are you excited to see Panjabi return?

Archie Panjabi was the only reason I began watching Blindspot. When she was gone, so was I. Looking forward to her re-appearance!

GREAT! LOVE HER, LOVE THE SHOW!

I love Archie but don’t want her to interfere with the relationship of Jane & Kurt. So keep it professional only!

NOOOO, I can never understand what she is saying, between her accent and her barely audible mumbling, I always have to turn on closed caption for her!! VERY distracting….She spoke with an American accent for The Good Wife, why can’t she do that again?

This is good news for the show. I hope she stays, but I know she has a deal with 21st Century FOX where they are supposed to create a show for her, and it hasn’t worked out so far.

I hope it is not a one-off! Archie is awesome in everything she does including, most recently, Bull!

One of my favorite shows and I love Nas, she was awesome in the Good Wife, I was really upset when she left.

Blame Julianna Marguiles. She got her thrown off the show.

Lover her. Looking forward to seeing her during season 3. Thought the recent episode that she guested on was entertaining.