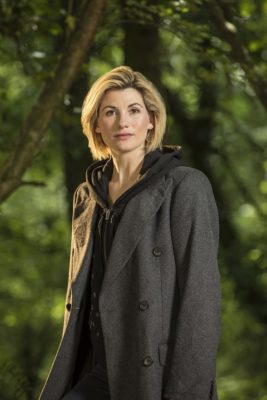 Are you ready for the new season of Doctor Who? Recently, the BBC released a first look at Jodie Whittaker as the new Doctor.

As previously reported, Jodie Whittaker will be the first female Doctor on the long-running sci-fi drama. She’ll make her first appearance on the upcoming Doctor Who Christmas special this December.

Take a first look at the new Doctor in her new duds below:

What do you think? Are you a fan of Doctor Who? Are you excited for the new season?

Yes I am and there is nothing wrong with the gender change ater all we know the doctor could and after all isn’t it time 🙂 he did .