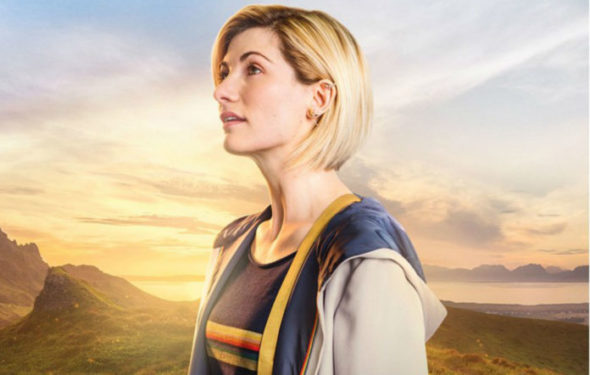 Doctor Who may have one more season ahead. Jodie Whittaker, the current actor taking on the character, revealed in a recent interview that she will appear as the time traveler for one more season. The series has not been officially renewed for a thirteenth season yet.

Per Entertainment Weekly, Whittaker said the following about her future on Doctor Who:

“Yes, I’m doing another season. That might be a massive exclusive that I’m not supposed to say, but it’s unhelpful for me to say [I don’t know] because it would be a massive lie! [Laughs] I absolutely adore it. At some point, these shoes are going to be handed on, but it’s not yet. I’m clinging on tight!”

Season 12 of the BBC America series is currently airing on Sunday nights. This season, the series is averaging 584,000 viewers per week, which is down 33% from last season.

What do you think? Do you like Jodie Whittaker as Doctor Who? Do you want another season of the series?

Have lost a fair amount of interest in this show since Jodie Whittaker has been cast as the Doctor. She just does not do it for me. Would suggest another male in the role.

Jodi along with the writing staff need to go. They are driving fans away by the hordes! All of this political crap has ruined what used to be, and what was intended to be a good family show! My children and I will not watch right now. Not for any other reason except they HATE what this show has become. Instead the kids go and watch the Doctor Who shows starring David Tenant!

i dont mind the new female doctor but omg please kill off the new companions their so boring they could a cast way better companions with better back stories.and yes the writing is not up to par.and the new master is a twat.i miss the days when river song was around ta stir up trouble an make things interesting.

I agree with everything you said !
and I have to add how inadequate everything ended it with her character was she was a gold mine and I’m not just saying that because a lot of people say that she is my doppelganger the character was so wasted

I agree that the writing needs to get better, but I think Jodie is a fantastic Doctor. She just needs better stories to be a part of. The companions need to be a bigger part of the stories. They haven’t gotten much time in the sun. I like the new Master even though I think they should’ve waited a bit longer after he/she supposedly died. Hopefully the rest of this season will be good and the finale can bring in some more viewers.

I absolutely love and appreciate Jodie Whittaker’s work on the series and look forward to multiple future seasons. Still the best-written show on television.

The trouble with Jodie’s Doctor is, the show runner loves PC story lines which is ruining a great show. The first episode in the current run just shows what i mean. I wish they would stick to Syfy and not try and teach it’s audience about politics.

I like Jodie Whitaker; however I miss the old writers and stories. The show has taken on a completely different direction sad to say.

Jodie is a great doctor. She needs better writing for the show.

Absolutely! I think that this season has plenty of potential, though. Doctor who is only as good as its settings and villains, and these are what was lacking in season 10. For now in season 11, I’m really satisfied that I was able to see the Master and I think we might see the Judoons this week, but I wish we would get more sci-fi or archaic settings. So far, the only thing the series is nailing is modern history, but we’ve seen enough of that for a while.

Jodie Whitaker is no David Tennant, but who is. The show has never been as good without him but could be worse

There was once a time when people thought David Tennant was no Tom Baker. Just saying.

The TiPi
Reply to  NoonYo

For me she is a good successor to him (better than Smith and Capaldi).
She reminds him.
Tennant era got actor and writters, Smith & Capaldi got only writters, Whitaker got only herself ^^’