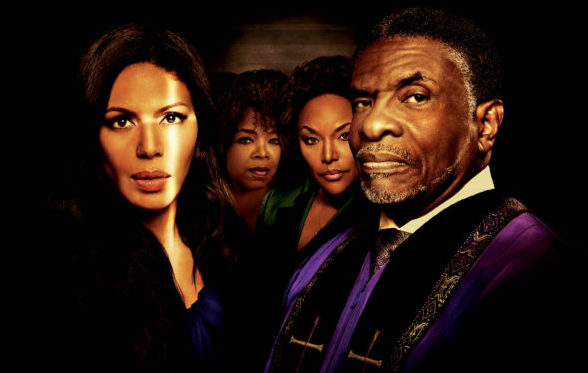 TV show description:
This dramatic series revolves around the unscrupulous world of the Greenleaf family and their sprawling Memphis megachurch. Scandalous secrets and lies are as numerous as the faithful.

Born of the church, the Greenleaf family love and care for each other. However, beneath the surface lies a den of iniquity — greed, adultery, sibling rivalry, and conflicting values. This threatens to tear apart the very core of their faith that holds them together.

The Calvary Fellowship World Ministries is headed by Bishop James Greenleaf (Keith David), a charismatic and manipulative leader. His wife, Lady Mae (Lynn Whitfield), stands by his side and is the matriarch of the church and their family.

Jacob Greenleaf (Lamman Rucker) is a ne’er-do-well and the eldest son. He’s married to ambitious and controlling Kerissa (Kim Hawthorne) and they are parents to daughter Zora (Lovie Simone).

What do you think? Do you like the Greenleaf TV show? Do you think it should be cancelled or renewed for another season?

I find greenleaf quite interesting and suspenseful it reveals the underlying carrying on in the Black Mega churches… sparks curiosity as to what really happened to sister Faith…. I truly enjoyed the first two episodes….it’s a keeper in my book.

I hope Oprah will become a regular, she fits in very well with the cast.

You got another winner

I loved it, keep showing on OWN

I am confused watched 3 episodes, now they want me to,rent (pay) i will not pay but loved what imwatched

Love this show!! Exciting and keeps you wanting more!

I believe it is important to show how people may believe in God, but don’t always represent what they confess to believe. Religion and faith has become more of a business enterprise rather than a glorious journey of experiencing God.

This is a winner. Keep it coming Oprah!

I give this show the thumbs up … it rates 5 stars.

Please continue this show. I miss it. It was not finished.