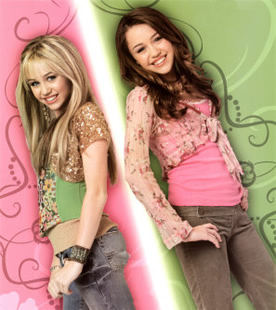 it sucks that HM is over man. but ehhh the ending was 2 damn sad. it really brought one tear two my damn eyes. it was a shocker for me in ways i thought it woulda ended in 2013 after they both graduated from college

omgoodness WAT DO U MEAN NO MORM HANNAHA MONTANA =*(

hey guys i know the feeling i didnt like how it just stopped i at least think that they should do a movie saying what is happening in college! i mean they can, shouldn’t, better not leave us hanging like that.

Miley is a grown woman now. Her acting capabilities are there, and she is more than talented. She will be just fine and so will everyone else! It was a great show, with great comedic timing, but moving on to new things isn’t a bad thing. All of the characters on the show were wonderful and I am sure we will see them do many other things. Good Luck Miley Cyrus. I am a parent of two young boys and well….we loved watching your show. Even they understand it is time for Miley to move on….she is older. If two… Read more »

I think they should make season five about her in colledge then her starting to just go on without caring so much. Question are you still gonna do concerts with hannah montana because I wanted to go to one but I still didnt go to one.

I do not think that now that Miley is groin up she don’t have to do the movie anymore.I really will miss her.

thanks alot for ending hanna montan gosh loads of children love u soo much , you may think your too old but for ur fans dont they love you .

Miley- your secret was everything so’ why give it up? You cant do this to me. please be hannah forever or Ill be sad and tears will come. Seeing it end was heart breaking so please do season 5 already. Its my favorite show.

you tell your dad that the season is nt done

stop! just stop! This is stupid she may grow up but can’t she continue I mean it’s not a big deal I’ve seen shows go on ever since I’ve moved to this place and it has the same ppl or at least some and btw like 10 yrs the first time I heard about the show was a pretty long time a go and I was like waaaat? and used to get soo annoyed cauz of my friends when I got everyting properly like cable and all I loved the show season 3 was awesome but season 4 really made… Read more »