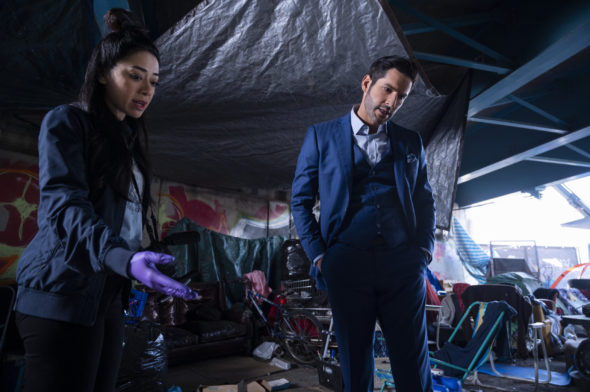 Lucifer fans won’t have long to wait for the premiere of the sixth and final season of the supernatural series. Netflix has revealed that the show will return in September and released a trailer for the final season.

Netflix teased the following about the upcoming season of Lucifer:

“All bad things must come to an end. The final season of Lucifer premieres on Netflix September 10th.”

Check out the preview for Lucifer season six below.

What do you think? Are you a fan of Lucifer? Will you be sad to see the series end (for a second time) on Netflix?

Love this series and wish it could go on for another 20 seasons! Please keep writing it’s one of my top series for thousands of people.

Heartbroken at the thought of this series ending. One of the very few worth watching. This is the second time this series is to end. Any possibility that a 3d time (or more) to end it might be announced? Or have we become so dumbed-down in the USA that all we can understand/enjoy are stupid series? (There is obviously a lack of ability to do much critical thinking loose in the world these days.) Aaarrgh!

So sad this season is the final season. I am going to miss them so much.

Oh no not another one I’m gonna hate to see this 1 leaving also!!!! so many good shows are being canceled and the crappie ones just keep going and going and going.

2 seasons in the same year! (OK, a season and a half technically) KUDOS to Netflix for not making us wait until 2022. I will miss this show terribly~

We completely LOVE “Lucifer” and, despite the gift of a sixth season, we hold on to hope for a 7th. Miracles happen!

So glad we got to discover this little gem on Netflix after missing it on Fox.

I will forever be grateful to Netflix for continuing this show after FOX dumped it!

It’s been one HELL of a ride for my TV alter-ego. Wish it could go 666 seasons.

I love the show, but that wasn’t really a trailer. More like a recap of seasons 1-5! Lol

I LOVE LUCIFER! My husband and I will miss watching this series.