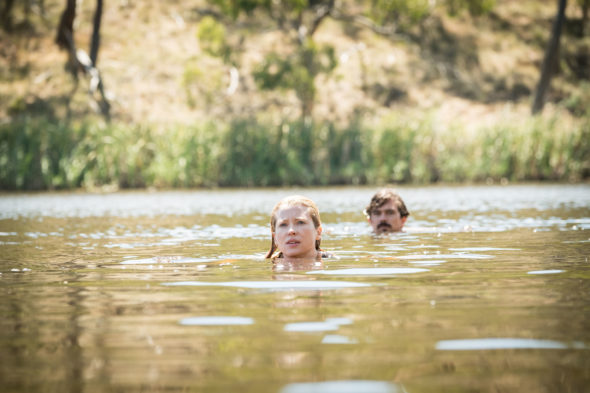 “The entire universe will be torn apart.” Netflix just announced the premiere date for the third and final season of Glitch.

The third and final season of Glitch debuts on Netflix on September 25th.

What do you think? Have you seen Glitch? Will you watch the final season?

Anything that is worthwhile keeping is cancelled. I don’t understand it. THIS IS A GREAT SHOW! One of the better ones on Netflix’s. Everytime I find a good one to watch I find out it’s cancelled. It’s unbelievable! OA, Daybreak, Frontier, A Series of Unfortunate Events, Dear White People, Jessica Jones, Punisher, Dark, 13, Reasons Why, so many other excellent shows to continue to play some shows that are garbage. Like Black Summer which sucked!

Everything I like that Netflix shows they cancelle it. I am going to get rid of Netflix and find something else to watch. This is the 3rd or 4th TV show that Netflix have cancelled.

Season 3 was great! Wish it didn’t have to end.

Just finished season 3. I still think 1st season was the best. Still if your fan of series its definitely worth watching. Hate to see it over for good. Wish Netflix or show had made a season 2 recap video just because I had forgot about things but didnt want to watch season again. Anyway I enjoyed it surprisingly I enjoy alot of Australian shows on Netflix. Especially tv shows think the States could go get some pointers on making something different but entertaining than same old stuff.

Man I was just turned on to this show and now I’m hooked, it’s truly sad that now it’s getting more notoriety and some momentum that it’s going away. Can’t wait until season3

I love this show. The characters are great. I can’t wait for season 3. I’m sad it will be the last season.

Watching season 2 now, the storyline has been great so far. I can’t wait to watch season 3.

Looking forward to season 3. Will have to go back and watch the last few episodes of Season 2….it’s been awhile.

I Hope in the final season three there is a logical (somewhat) conclusion/answers to “what’s going on.” What forces are in play enabling the possessions of dead people, etc. The allegory of coming back to life hinting of Jesus is thought provoking in the plot. I hate stories/series, etc. which end with no definitive answers, a weakness some writers have.