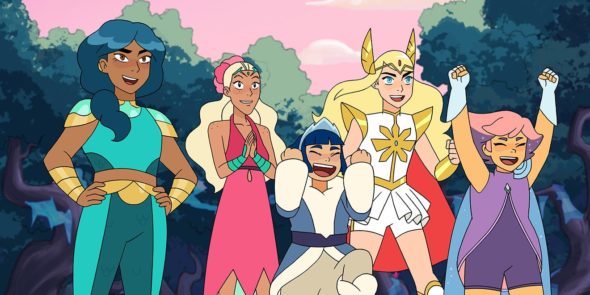 She-Ra and the Princesses of Power is getting ready for its next season, and Netflix revealed when the series will return on Monday. Season five of the series will arrive in May. In addition to the premiere date, the streaming service revealed that the season will be its final season.

Netflix revealed the premiere via a tweet. Check that out below.

The ultimate battle for Etheria is on the horizon. The final season of She-Ra and the Princesses of Power arrives May 15th. pic.twitter.com/ILEBxIcgrh

Noelle Stevenson, the showrunner of the animated series spoke about ending the series in an interview with Entertainment Weekly. She said the following:

“It has been such an incredible journey so far just getting to share these seasons that are already out and seeing the reactions. I do feel very lucky because we knew from the very beginning what our episode order was, so we got to tailor the story very specifically to how long the show was gonna be. It was tailored to be 52 episodes, the length that it is, and that’s a real blessing for a storyteller because it means everything happens when it’s meant to happen. The story definitely evolved along the way, from people who worked on it and following the story threads that seemed right and where the characters led us. We set out with a plan, we executed that plan, so it’s very satisfying to see it wrap up like this. I’m very happy with where we got to with this story. I’m really excited for people to see it. I hope they’ll be as happy as I am.”

She-Ra and the Princesses of Power will premiere on May 15.

What do you think? Are you excited for the return of this series? Are you sad to see the series end?