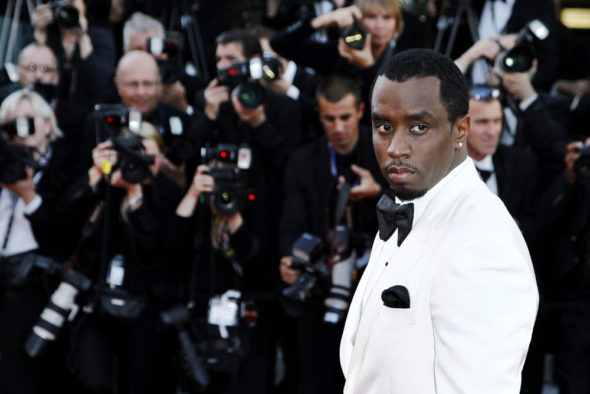 Making the Band is making a comeback. MTV just announced they are reviving the Sean ‘Diddy’ Combs TV show.

The music competition series debuted in 2002 and “chronicled the real-life drama and intimate journeys of chart-topping musical acts Danity Kane, Day26, Da Band and Donnie Klang. Under Combs’ tutelage, MTV’s “Making the Band” changed the game for the music-competition genre, creating some of the most memorable and buzzed about moments in popular culture.”

MTV‘s revival of Making the Band is slated to debut in 2020.

New York, NY (July 15, 2019) – MTV and Sean ‘Diddy’ Combs, the entertainment titan responsible for the careers of some of the world’s biggest artists, are reuniting to discover the next breakout superstars in MTV’s “Making the Band.” The reality competition TV pioneer is bringing the iconic series back to MTV by popular demand. Earlier this week, Combs set off a social media firestorm by suggesting the idea of the show’s return and the demand was too loud to resist. “Making the Band” is set to bow on MTV in 2020.

“MTV and I are back together again!! ‘Making the Band’ is coming back bigger, bolder and more cutting edge. MTB on MTV was the pioneer of reality TV. We’re going to bring that supernatural energy back to the format and bring the world it’s next global superstars.”

“We couldn’t be happier to welcome back the incomparable Sean ‘Diddy’ Combs to his rightful home at MTV,” said Nina L. Diaz, MTV’s President of Entertainment. “‘Making the Band’ was ahead of its time and the ultimate disruptor – fans everywhere have been clamoring for a return and they are in for the biggest, most iconic season yet.”

Grammy(R) Award-winning and multi-platinum entertainer Combs announced the news today revealing open call across all major social media platforms, including Instagram, YouTube and Twitter, by uploading a video submission using #MTBCasting. Casting opportunities will be announced in the coming weeks. Contestants must be at least 18 years of age and be able to comply with the eligibility requirements and all rules.

MTV is also bringing on music performance app Smule to launch the “Making the Band” campaign, a first-of-its-kind feature offering fans a curated playlist of songs to choose from to create video auditions that can be shared across social media.

“Making the Band” first premiered on MTV in 2002 with Combs at the helm. The series quickly became a breakthrough concept in music and television that chronicled the real-life drama and intimate journeys of chart-topping musical acts Danity Kane, Day26, Da Band and Donnie Klang. Under Combs’ tutelage, MTV’s “Making the Band” changed the game for the music-competition genre, creating some of the most memorable and buzzed about moments in popular culture.

For more information and “Making The Band” updates, follow @MakingTheBand on Facebook, Instagram and Twitter. Use #MakingTheBand to join the conversation. Visit www.smule.com for more info on the “Making the Band” campaign and start singing with Smule.”