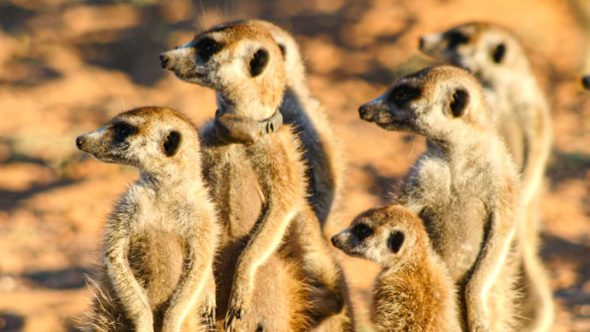 BBC America revealed more about the new Meerkat Manor: Rise of the Dynasty series in a press release.

In addition, AMC+ will debut the first episode on Saturday, May 29 – one week ahead of its linear premiere. All subsequent episodes will launch on the premium streaming bundle, every Saturday, alongside their airing on BBC AMERICA.

Meerkat Manor: Rise of the Dynasty continues the compelling saga of the heartstring-tugging, dramatic tale of survival revolving around three families of meerkats who are descendants of the legendary meerkat matriarch, Flower. Neighbors and rivals who share a bloodline are forced to compete for food and resources in an environment that is undergoing a great deal of change: the Kalahari Desert in South Africa.”

What do you think? Are you a fan of the original Meerkat Manor? Do you plan to watch the Meerkat Manor: Rise of the Dynasty TV series on BBC America?

loved watching that show, so glad they’re coming back too.

My wife and I watched all of the original episodes. We plan to watch it when it comes back in June. Great show; especially in the situation we are now in.