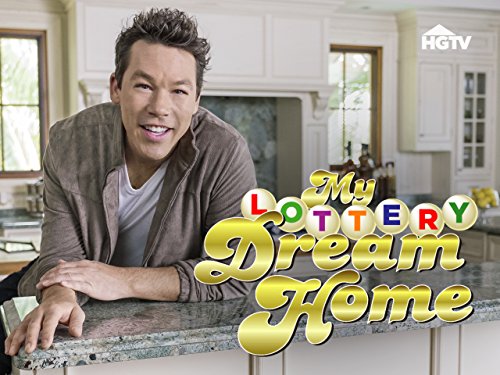 Good news for fans of My Lottery Dream Home. Today, HGTV announced the TV show will return for a fifth season in September.

The real estate series follows  David Bromstad “as he helps lottery winners find a luxurious property after striking it rich.”

The new season of My Lottery Dream Home premieres on HGTV on September 21st at 9 p.m. ET/PT. Additionally, HGTV has ordered 28 more episodes of the series, which are slated to begin production in 2019.

New York [July 18, 2018] HGTV hit series My Lottery Dream Home, which attracted more than 15.7 million viewers during its most recent run, has been renewed for 28 half-hour episodes. The popular series stars David Bromstad as he helps lottery winners find a luxurious property after striking it rich. The next season of My Lottery Dream Home is scheduled to hit the air on Friday, Sept. 21, at 9 p.m. ET/PT. Production on the additional 28 episodes will begin in January 2019.”

What do you think? Have you seen My Lottery Dream Home? Are you glad it’s coming back?

It’s wonderful and so are you!

Absolutely love My Lottery Dream Home show. David makes the show enjoyable and he is so personable… He makes me laugh and I find myself smiling at how he deals with potential home owners. Great job David. My hubby and I will continue to watch this happy show…. I would love it if David was to read this encouraging comment.

I like the show I just wondered why he has all those tattoo’s now. I think he looked more professional, believeable without them especially working with millionaires. I did like him as a designer on his other show better.

The show is a disappointnent and the lead in footage is pure false advertising. The advertising shows large mansions. The homes being featured could hardly qualify as mansions. Very disappointing show. We no longer watch the show.

I love this program. It’s my favorite on HGTV.

i love that show i can;t wait to contact him when I win my million

The show is fine for the usual ”Hiuse Hunters” variation My feeling is that it’s such a waste of Bromstad’s talent as a designer and an artist. His previous show, Color Splash, made use of his creativity.

I absolutely love this show and of course David Bromstad is perfect…you can tell he thoroughly enjoys what he does. Yay, can’t wait to watch the new episodes David

I am so happy My Lottery Dream home is coming back!!! I love looking at all the houses and David. He is always so happy & friendly! Angry people can’t handle all the positiveness of the show. The show is a breath of fresh air for a half an hour, then back to reality until next week. If you prefer angry just turn on the news, I’ll watch David!!

Love my lottery dream home it’s one of my favorite shows wish it came on more.

I LOVE HGTV and most of the television I watch is on HGTV. But, the ONE show I turn the channel to something else on is My Lottery Dream Home. I’m sorry, but that show is so contrived. David Bromstad is hyper-euphoric which only serves to make the show phonier. I’m surprised it’s being renewed for the 5th time!

None of the “reality shows” on HGTV are real. As for David, he as just as he appears on the show; friendly, charismatic and over the top (at least they did keep that real)

I look forward to my lottery dream home It gives viewers hope of achieving their dream homes I can relate to this show completely.

I am thrilled it is coming back. I love the show. David Bromstead is so good as a host, very sweet and humorus! Happy for more shows! Yay, way to pick them HGTV⭐️

Tell your customers to stop saying ” Oh Wow” it’s so framing annoying.In every show they say it like 15 times. ..

I get it, but I think they’re still in shock what they can actually afford