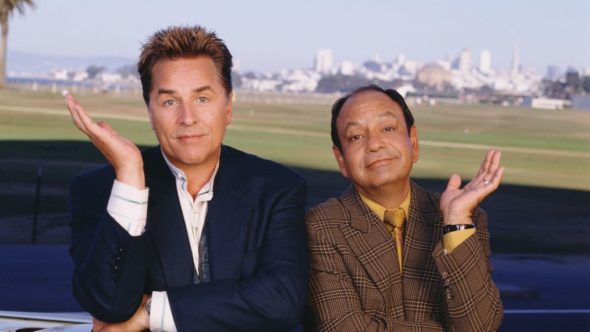 According to TVLine, USA Network is working on a revival of Nash Bridges with original star Don Johnson. Right now, the revival is expected to be a two-hour special but it may develop into a full series.

What do you think? Have you seen Nash Bridges? Would you watch a revival series?

A good show, with a cast that relate to each other as a family. Writers had their main plot but always managed to add laughs and antics to keep the storyline from getting too dark. A comfort from police shows that just run the forensic and psychology template with sarcasm. Promotes police as community…something we all need right now. Laughter is the best medicine in the right dosage. They have the right balance.

I don’t know why they haven’t done this yet! That was a great show and I remember how awesome it was to watch every episode. I hope it works and comes back as a series.

Yes, absolutely, I watched every episode and still watch all of the reruns!

Yes bring it back. Loved that show.

Absolutely!!! My all time favorite show!! It had everything. Action, drama, comedy and great family inside story. The re-occurring roles (like Angel etc.) were fantastically interesting and fun. The acting was great and Mr. Johnson’s ability to act from light-hearted to completely emotional was Emmy worthy. Please bring the ‘Nash Man’ and Joe back!