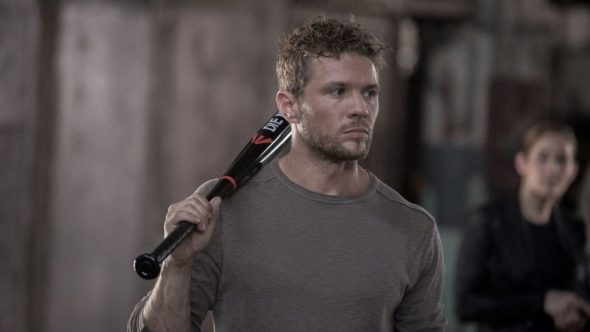 USA Network has pulled the trigged on Shooter. Deadline reports the network has cancelled the TV show after three seasons.

Based on the Stephen Hunter novel and 2007 film, the action drama centers on expert marksman Bob Lee Swagger (Ryan Phillippe), who is coaxed back into action for the most important mission of his lifetime. The cast also includes Omar Epps, Shantel VanSanten, Cynthia Addai-Robinson, and Jesse Bradford.

Currently in its third season, Shooter has dropped considerably in the ratings since it debuted in 2016. So far, season three is averaging a .19 rating in the 18-49 demo and 738,000 viewers. That’s a nearly 45% drop compared to season two.

Although USA Network has cancelled Shooter, there is still hope for the series. According to Deadline, producer Paramount Television is shopping the TV show around to other networks.

What do you think? Are you a fan of Shooter? Would you watch a fourth season?

SEASON 4 NOW!!! One of best shows I’ve ever watched