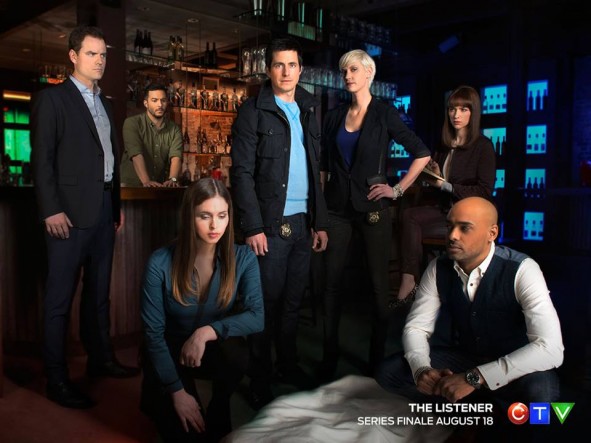 I HOPE THAT THE SHOW COMES BACK AFTER SO MANY YEARS. STILL WATCH OLD EPISODES AND WOULD BE SO HAPPY WHEN THEY BRING SHOW BACK SAME CARACTERS. <3

Sad, series is canceled. Could have been more tantalizing with more “mom” close encounters and unexpected contact with the “growing up sibling” and what kind of perso sibling became, conflicts, confusion, realization and would sibling have same or better abilities? plus clarifications on who exactly abducted sibling, what the abducters want to use their ability for. Perhaps even conflict with IIB as the organization is dug up, exposed. Series could have stayed longer with the possibility of the family reuniting! What that would mean for the law enforcement…..!

I loved The Listener and still watch the old episodes. Never got to see the finale and hopefully will some time soon. Would love to have the show come back.

It breaks my heart to find that there will be no season 6, but my consolation came from the fact that everybody got their happy ending, especially Toby– though I’m not overly fond of Oz’s fate.

Me and my husband call it our quality time. We love watching the Listener together and will really miss this show. Please re-think and bring season 6 …The listener has many followers

Yes, we enjoyed the Listener and will miss it very much!

Yes, I miss it so much! I loved the cast and their interaction. Does anyone know when the series DVDs will be out? I just have Season 1 so far.

Am I understanding this correctly, the show continues to air, just NOT on ION or anywhere in the USA?

loved but started watching to late. So how much would it cost to buy the 6 season series?

I loved this show.It was different from other shows. I hope ion TV brings it back so I can at least see the reruns.

I love this show, I watched it religiously. I told anyone who would listen about it! I wish Hulu or someone would pick it up!

I did too. Dvr’d it and everything

We are just now starting to watch this show and it’s kind of nice because we have it on demand no commercials no waiting a week for the next episode we are loving this show so far and so sad to hear that it won’t be airing on TV for season 6! We need more clean shows like this without profanity! Thanks for everyone involved in this show we love it!

That is unfortunate. Why doesn’t ION show reruns any longer?