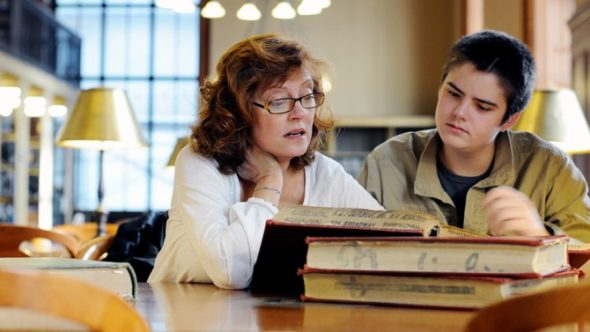 Who Do You Think You Are? is back. Today, TLC announced season 10 will premiere in May.

(Los Angeles, CA) – TLC’s Emmy Award-winning series, WHO DO YOU THINK YOU ARE? is celebrating its tenth anniversary with the return of a new season on Monday, May 21st at 9/8c featuring a new group of celebrities who are eager to explore their family roots.

This season, six all-new, hour-long episodes will dare to reveal surprising family histories of some the country’s most prominent public figures. With the help of Ancestry.com and historical documents, these stars embark on exciting missions to discover their own heritage. After years of passed down family legends, it is finally time to set the record straight for their families and themselves and uncover the truth behind their ancestry. For some, that may mean tracing back several generations to distinct moments in world history.

This season features the following celebrities:

· Hilary Duff traces her family history back to medieval Scotland, discovering royalty in her lineage and an unbelievable tale of bravery.

· Jean Smart explores the curious tale of how her eight times great-grandmother roped her kids into a crime ring in colonial Massachusetts and then went on to be arrested for witchcraft with a surprising outcome.

· Jon Cryer travels to Boston and learns that his nine times great-grandfather was an indentured servant who made his way to America under harrowing circumstances.

· Laverne Cox uncovers new information about the inspiring life of her three times great grandfather who carved out his place in society just a few years after his emancipation from slavery. She begins her journey in Alabama, where she reviews her DNA results and historical documents reveal her ancestor’s tenacity.

· Megan Mullally chases the dark legacy of her father’s line and uncovers the story of how her two times great-grandmother persevered despite being caught in a cycle of domestic abuse.

· Molly Shannon travels to Ireland to unravel the mystery of her maternal line, uncovering ancestors who were forced to change their religion in the face of impending starvation before she unexpectedly meets some of her distant cousins along the way.

WHO DO YOU THINK YOU ARE? is produced by Shed Media (a division of Warner Bros. Unscripted & Alternative Television) and Lisa Kudrow and Dan Bucatinsky’s Is Or Isn’t Entertainment for TLC.”

What do you think? Have you seen Who Do You Think You Are? Will you watch the new season?

I really love this series. I actually was given a lead on my Creasman in Tim McGraw episode. It is great to see where they go to get their information and ways to find your ancestry.

Love this show. I have been working on our families genealogy and I always watch it. I hope it continues as I look forward to watching it.

Yes, I absolutely love, love, love Who Do You Think You Are! I watch every episode I can and re-watch them. I don’t even care if I’m not very familiar with the celebrities; it’s just fascinating to see their histories and how they discover their past and where they go to find and connect with their history. I so look forward to this show every year.

YES!! I watch “Who Do You Think You Are,” & also make it known to family & friends. I’ve been into genealogy for about 9 years. It’s been a wonderful personal adventure! I learn a lot from this program, & really enjoy hearing other peope’s stories. It’s also interesting to get to know “celebrities” as every day people. Thank you for providing this great program! (*v*)