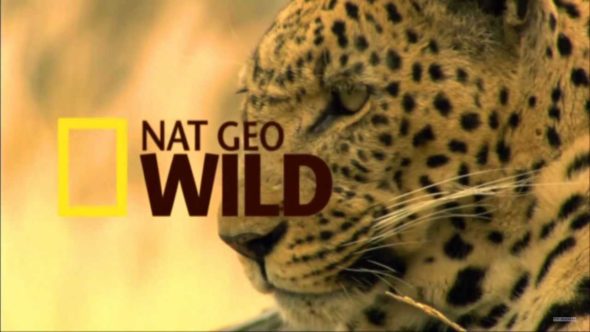 The event series will “guide viewers through the night, giving commentary on what audiences are seeing in real time as cameras bounce to and from the featured animal hospitals and mobile vet emergency units in Boston, Massachusetts; Portland, Oregon; Charleston, South Carolina; Plainfield, Illinois; Kanab, Utah; Fort Bragg, California; and Waller, Texas.”

From the Creators of “Live PD,” Animal ER Live Puts Viewers a Heartbeat Away From the Doctors Saving Our Pets in Cities Across the Country, From Vet ERs in Boston, Massachusetts; Portland, Oregon; Charleston, South Carolina; Plainfield, Illinois; Kanab, Utah; Fort Bragg, California; and Waller, Texas.

Anchored in a Studio in New York City, Steines Will Be Joined by Vet Experts Dr. Justine Lee and Dr. Will Draper as They Provide Insight Into the Action in Real Time.

Based out of a studio in New York City, Steines will be joined by veterinary experts Dr. Justine Lee and Dr. Will Draper as they guide viewers through the night, giving commentary on what audiences are seeing in real time as cameras bounce to and from the featured animal hospitals and mobile vet emergency units in Boston, Massachusetts; Portland, Oregon; Charleston, South Carolina; Plainfield, Illinois; Kanab, Utah; Fort Bragg, California; and Waller, Texas.

Capturing the fast-paced drama and intensity of a hospital procedural mixed with the unbreakable bonds between pets and their owners, each episode of Animal ER Live will trail teams of emergency veterinarians and specialists as they work tirelessly through the night to save the lives of our pets from coast to coast, giving viewers insight into the extraordinary and unpredictable world of urgent animal care. The series will also follow a wide range of touching cases in emergency rooms and waiting rooms, and accompany on-call vets to homes and farms to treat animals that are too sick or too big to travel.

Animal ER Live will feature animal emergency rooms and mobile clinics from around the country, including:

“I’m thrilled to partner with Nat Geo WILD and Big Fish Entertainment on this exciting new series that highlights the amazing work of those who have dedicated their lives to helping animals,” said Steines. “As an animal lover and advocate myself, I’m looking forward to showcasing the realities, drama and heartwarming moments these urgent care teams face on a daily basis as they work tirelessly to save the lives of animals in need.”

“Nat Geo WILD always celebrates animals and the people who love them, and now, we’re taking that further by going LIVE with the compassionate animal caregivers who help our beloved pets when they need us the most,” said Geoff Daniels, executive vice president of global unscripted entertainment. “Animal ER Live pulls back the curtain to give viewers an exclusive, totally unscripted look at the incredible skill and hard work that goes on behind the doors of some of the country’s busiest urgent pet care clinics. This innovative new series promises endless inspiration and heartwarming and heroic moments that reinforce the amazing bonds we share with our pets.”

Emmy award-winning Mark Steines is known as one of the entertainment industry’s most dynamic and well-respected television journalists. Steines, along with Leeza Gibbons, are the annual hosts of KTLA’s Rose Parade broadcast. During his 17-year tenure at “Entertainment Tonight,” he helped set the gold standard in entertainment news. For more than six years Steines co-hosted Hallmark Channel’s “Home & Family.” Born and raised in Dubuque, Iowa, he resides in Los Angeles, California, with his wife, acclaimed author Julie Steines; his two teenage sons; and their baby girl, a golden retriever and therapy dog named Norbert.

Justine A. Lee, DVM, DACVECC, DABT is a board-certified veterinary specialist in both emergency critical care (DACVECC) and toxicology (DABT). She works as a criticalist at Animal Emergency & Referral Center of Minnesota, and is a consultant for the ASPCA Animal Poison Control Center, Litter-Robot, and several other veterinary companies. She is also the CEO and co-founder of VETgirl, an online veterinary continuing education company. Currently, she is one of approximately 500 board-certified veterinary specialists worldwide in emergency critical care, and the only double-board certified specialist in her area.

About Dr. Will Draper

Dr. Will Draper is co-founder and CEO of The Village Vets practice group, the largest privately owned small animal general and emergency/critical care practice in the Atlanta metro area. “Dr. Will” grew up in Inglewood, California. He attended Tuskegee University for both undergraduate and veterinary medical studies, receiving his DVM in 1991. He moved to Atlanta in 1992 and started The Village Vets in 2000 with his wife, Dr. Francoise Tyler. Dr. Will has received many accolades, including being ranked as a FIVE STAR veterinarian in Atlanta magazine – an honor bestowed to only 7 percent of the veterinarians in the Atlanta area. He was also honored as Purina Proplan’s “Best Veterinarian in America” in 2013. He serves as the pet expert and editor for WebMD magazine, and has been a featured guest on CNN, HLN, WSB, “Rachael Ray” and numerous local TV and radio stations. He and his wife were the stars of Nat Geo WILD’s vet reality series Atlanta Vets and are now featured on their new online series, “The Village Vets.” Dr. Will and his wife have four children (a son and three daughters); three dogs, Max, Louie and Frankie; and two cats, Zig-Zag and Charlemagne.”

What do you think? Are you a fan of vet shows? Will you watch Animal ER Live?

I like this show. Hope it continues beyond season 1.

Bad idea, I’m sorry. I can’t imagine watching this show, too much potential for heartbreak. I also can’t imagine being a desperate pet owner, bursting into an animal ER, with a beloved family member who needs emergency care, and having a camera stuck in my face (if it’s live, how will they get the documents signed for permission to air it? how can a person in distress properly give informed consent?). If I was a vet in one of these clinics, I’m not sure I’d want cameras there, unedited, watching what I’m doing, with other vets in a studio commenting.… Read more »