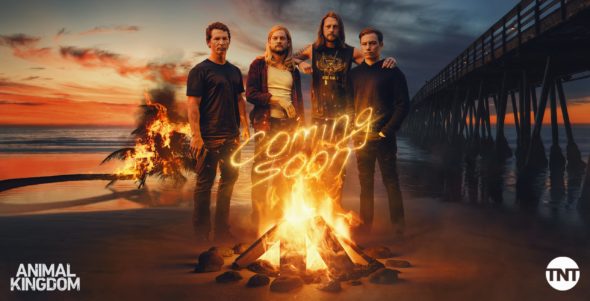 The family’s leader may be gone but Animal Kingdom is far from over. The TNT drama has already been renewed for a sixth and final season and today, the cable channel announced a premiere date for season five.

In the fifth season, Pope (Shawn Hatosy), Craig (Ben Robson), Deran (Jake Weary), and J (Finn Cole) are still dealing with the fallout from the events surrounding Smurf’s death, including family members out for revenge. With their kingdom without a leader, the Codys struggle to maintain their fragile alliance and to see which of them will come out on top. Meanwhile, they search for more information on Pamela Johnson whom Smurf made the beneficiary of her estate. And back in 1984, an increasingly volatile 29-year-old Smurf is forging her own path raising Pope and Julia and leading the charge on dangerous jobs with new and old friends.

Season five of Animal Kingdom debuts on Sunday, July 11, 2021. An episode order hasn’t been revealed but the previous three seasons have had 13 installments each. 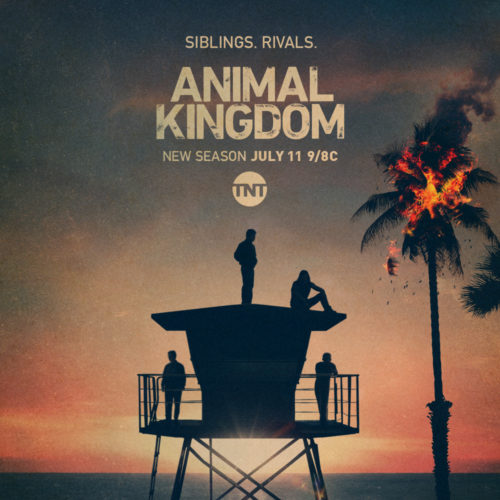 What do you think? Are you looking forward to watching season five of Animal Kingdom on TNT? Are you glad that this gritty drama has already been renewed for a sixth and final year?

One of the very few shows left I actually look forward too. Queen of the south was another. It’s very disappointing to have these shows cancelled after such a short time. Should we even bother getting wrapped up in another show when they can’t seem to put the effort in to keep them going anymore?

Did not know show was returning. No advertisement.
So happy. How do I get the missed season 5.?