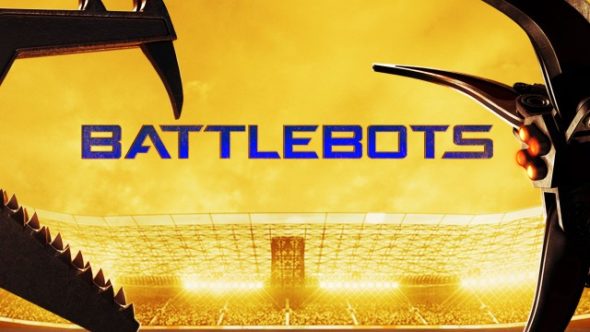 BattleBots is back in action! This week, Discovery announced the TV show will debut a new special, Desperado, in August.

The tournament special kicks off the second half of season eight for the robot competition series, which returned to TV in May after two years off the air. The show previously ran on ABC and Comedy Central.

(New York) – The epic robot-fighting series BattleBots returns with even higher stakes for the second half of its 2018 season as momentum builds towards the 2018 World Championship and the awarding of the Giant Nut to the ultimate BattleBots Champion. As part two of the season commences, some bots are already on the brink of elimination, including several fan favorites. In order to give them a last chance at qualifying for the championship, BattleBots is staging its first ever ‘Desperado’ Tournament, where 8 teams will be given the chance to win one guaranteed place in the final 16 qualifiers. It’s a fight to the death, and only one robot can win.

The Desperado Tournament is the first of 10 new episodes in the second half of the season, and is set to premiere Friday, August 3 at 8 PM ET/PT on Discovery Channel and Wednesday, August 8th at 9 PM on Science Channel.

BattleBots, the world’s largest and most popular robot combat competition, features the biggest, baddest, strongest, and fastest next-generation robots from all over the world as they duke it out for robot combat sports supremacy. Chris Rose and Kenny Florian call all the action, while Jessica Chobot serves as the sideline reporter. Faruq Tauheed is the ring announcer.

The metal munching mayhem, from the bots to the builders, the flames, the sparks and all the robot guts and glory, will culminate at the end of this season in do or die matches that will ultimately crown the 2018 BattleBots champion. Some of the favorites that will be duking it out are Tombstone, Minotaur, Chomp, Witch Doctor, Bronco, Bombshell, Biteforce, Yeti, and more.

BattleBots highlights the design and build of each robot, featuring bot builder backstories, and their pursuit of the BattleBots championship. Homemade robots have been built on a myriad of platforms and feature a huge variety of deadly weapons as they go head-to-head, all captured by state-of-the-art onboard ‘BotCams’ and more than 20 ringside cameras to enhance viewing and provide combat analytics.

What do you think? Are you a fan of BattleBots? Will you watch the new episodes?