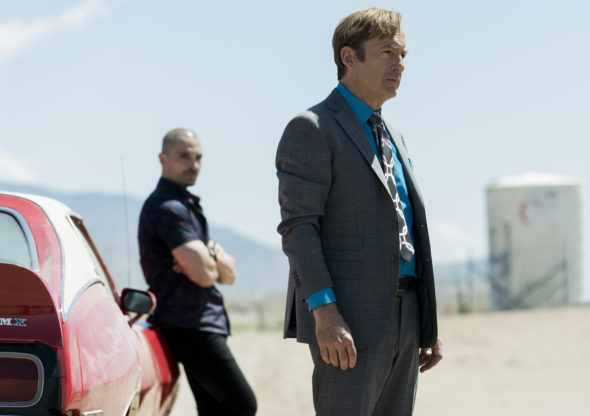 Get ready for the return of Better Call Saul. The series will return with a special two-night premiere in February. Bob Odenkirk, Rhea Seehorn, Jonathan Banks, Michael Mando, Giancarlo Esposito, Patrick Fabian and Tony Dalton star in the series, which is a spin-off of Breaking Bad.

Cinnabon even announced the return of Better Call Saul on their Twitter.

The end of the year is approaching and it has us feeling all the feels! We baked up some archive footage of our Omaha bakery grand opening from February 23. Enjoy a walk down memory lane! pic.twitter.com/v8bUmokME0

AMC revealed more about the return of the series in a press release. Check that out below.

In the 10-episode fifth season of Better Call Saul, Jimmy McGill’s (Odenkirk) decision to practice law as “Saul Goodman” creates unexpected and profound waves of change for those in his orbit.”

Check out the first teaser for the new season below.

What do you think? Are you excited for season five of Better Call Saul?