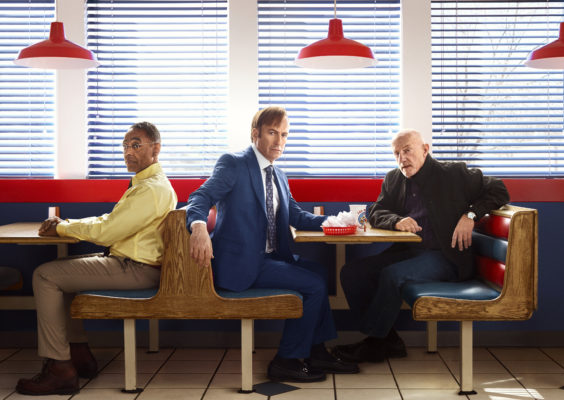 What’s next for Better Call Saul? Recently, star Giancarlo Esposito spoke with Collider about the future of the AMC TV show.

A spinoff of Breaking Bad, the drama series stars Bob Odenkirk as Jimmy McGill, a down-on-his-luck lawyer trying to negotiate the ethical dilemmas of the legal world, emerge from his older brother’s shadow, and make a name for himself. The cast also includes Jonathan Banks, Michael McKean, Patrick Fabian, Rhea Seehorn, Michael Mando, and Giancarlo Esposito.

In the interview, Esposito suggests that season six might be it for Better Call Saul. So far, AMC has renewed the series through season five, which is set to debut in 2020:

There will be six seasons. It seems like that’s the way, the comfortable way, to end this show.”

AMC has not confirmed that season six will be the end for Better Call Saul.

What do you think? Do you watch Better Call Saul? How many more seasons do you want?

It’s fabulous show. I was one of those who hungered for Breaking Bad and when Saul came out, I was glued. The writing is phenomenal and the characters are part of my family. No one wants to show the end, but you can understand it’s the only way to leave it quality and not drag it out and have it jump theshark . I will miss it

Great show, better call Saul .We can’t weight for it to come back on. Wish you would start breaking bad again. Also great show.

It will be shame if season five is the end.

Love this show! Huge fan! Can’t wait for the next season. Keep it going

Want to see as much of Better Call Saul as I can. The acting is excellent