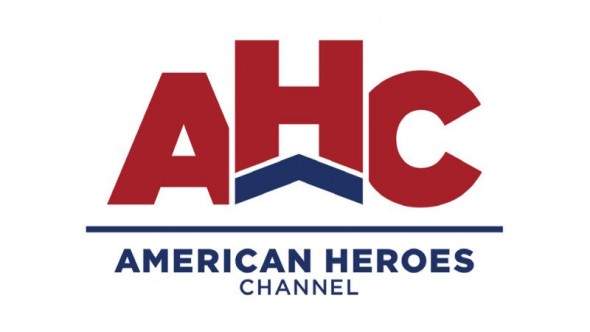 Get all the details, including episode descriptions, from the press release:

Brought to life using dramatic recreations, expert interviews, and heart-pumping storytelling, each 60-minute episode of BLOOD FEUDS features some of the most compelling characters, action-packed conflict, and adrenaline-fueled showdowns from our nation’s past.

In the premiere episode, BLOOD FEUDS reveals the true story behind the rivalry that inspired the blockbuster hit film, Gangs of New York. This notorious feud is one of the largest street wars in history – a bloody battle over turf and politics. William Poole, better known as “Bill the Butcher”, rules New York’s viciously anti-immigrant nativist gang, the Bowery Boys, enforcers for the xenophobic Know Nothing political party. Irishman John Morrissey is said to have led the skull-cracking Irish Catholic gang called The Dead Rabbits – the muscle of New York’s Irish-led government, Tammany Hall. BLOOD FEUDS brings audiences into the dramatic culmination between the archenemies at the Amos Street Docks, to witness firsthand the mounting tension, vicious hatred and brutal violence that defined this epic story. Who will prevail?

Additional premieres of BLOOD FEUDS in January include:

Hatfields and McCoys Premieres Wednesday, January 20 at 10/9c The Hatfields (Devil Anse) versus the McCoys (Randall) is one of the most notorious feuds in American history. What starts as Civil War hostility rapidly escalates to kidnapping, illicit love affairs, murder, and a nationwide turf war.

American Heroes Channel (AHC) is a network from Discovery Communications that tells timeless stories in which a challenge appears – be it a situation or a villain – and a hero arises. Currently in nearly 60 million homes, AHC provides a rare glimpse into major events that shaped our world, visionary leaders and unexpected heroes who made a difference, and the great defenders of our freedom. For more information, please visit AHCtv.com, facebook.com/AHCtelevision, or Twitter.com/AHC_TV . American Heroes Channel is part of Discovery Communications (Nasdaq: DISCA, DISCB, DISCK), the world’s #1 pay-tv programmer reaching nearly 3 billion cumulative subscribers in 220 countries and territories.

What do you think? Do you like the sound of the new Blood Feuds TV show? Do you plan to check out the Blood Feuds premiere?

Have you heard about the Altizer and Whittaker feud that happened in Tazwell Virginia? This fued was very bloody, went on for years, still to this day there is tension. Began in the Appalachian Mountains that divides the two Virginia counties of Buchanan and Tazewell & McDowell County, West Virginia. In the 1800’s and early 1900’s there were disagreements, squabbles, scuffles, and disputes between neighbors. Then on a Sunday in 1904 the real shooting and killing started. The feud lasted for years and years.

We absolutely love the show. We can only hope they keep it going. Not enough shows like this one. KEEP UP THE GOOD WORK AND BRING MORE SMALL TOWN FEUDS

My Grandfather was Bill Whitaker that killed Noah Altizer that really escalated the feud. I do plan to write a book down the road.

The show should do an episode on Joe Ritchey, the Tennessee gunfighter who was nearly killed by the Confederate Home guard and then went on a killing spree of revenge. He supposedly killed thirty men in five states. I have published on him and I would be happy to share my information.

Always fun to experience history in such an entertaining manner. Not to mention seeing the difference between then and now on how people settled their issues

cant wait to see the hatfields and mccoys – I’ve heard this version is even better than the recent Costner flick!

I’m right there with you, zackman. Thank you for reading and commenting.