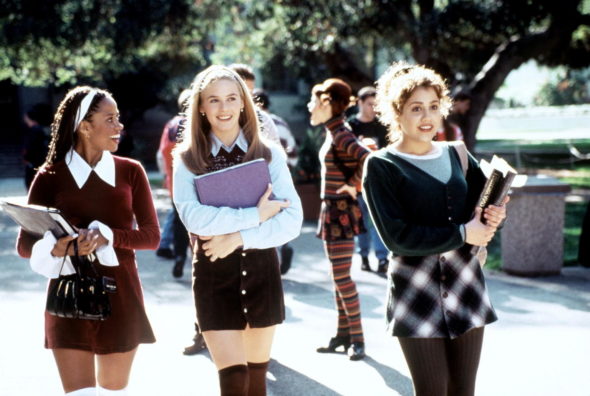 Clueless is getting a reboot, but there is a twist. The series will not focus on Cher and her friends. Cher will be nowhere to be found, and her best friend, Dionne, played by Stacey Dash in the original 1995 film, will be trying to find her.

Several networks, including The CW, are interested in the reboot series, but Clueless has not found a home at this time. No cast has been attached either. The new series is written by Jordan Reddout and Gus Hickey.

Deadline revealed some about the plot:

“It is described as a baby pink and bisexual blue-tinted, tiny sunglasses-wearing, oat milk latté and Adderall-fueled look at what happens when the high school queen bee Cher disappears and her lifelong No. 2 Dionne steps into Cher’s vacant Air Jordans. How does Dionne deal with the pressures of being the new most popular girl in school, while also unraveling the mystery of what happened to her best friend, all in a setting that is uniquely 2020 L.A.?”

This is not the first time Clueless has been made into a television series. A series premiered in 1996 and aired for three seasons.

What do you think? Will you watch the new Clueless series? Were you a fan of the original film and series?

I was a big fan of the movie and TV series so I’m very happy this show is getting a reboot…. but I really be even happier if CW gets it on its network.