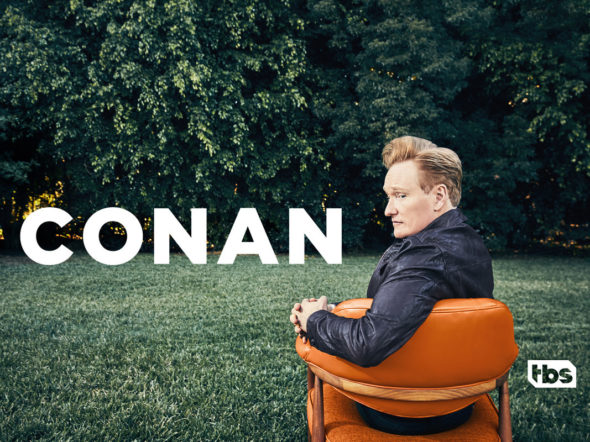 After more than 1,400 episodes of the Conan TV series, Conan O’Brien is getting ready to say goodbye. The TBS late-night will sign off on June 24th with a special hour-long finale. The weeks leading up to the last episode will feature numerous special guests.

While Conan is coming to an end after 11 years, O’Brien isn’t retiring. As previously announced, he and Team COCO will be working on a new weekly show for HBO Max which will launch at some point in the future.

Here’s the announcement from O’Brien and TBS:

SHOW’S FINAL WEEKS TO INCLUDE SPECIAL GUESTS AND AN EXTENDED, HOUR-LONG LOOK AT THE PAST 11 YEARS OF O’BRIEN’S LATE-NIGHT SHOW

LOS ANGELES – Conan O’Brien’s long-running late-night show on TBS, “CONAN,” to end on June 24th, 2021. The final weeks of shows will include a lineup of special guests as well as an extended hour-long finale with a look back on the past 11 years of this iteration of O’Brien’s lengthy late-night career. Post June, O’Brien will turn his focus to his deal with WarnerMedia and development on his new show for HBO Max, which will be a departure from his current traditional talk-show format.

O’Brien is the longest-serving current late-night talk show host in the U.S., who began his late-night career in 1993 when NBC tapped him to take over as host of Late Night. His late-night career has since spanned three shows over 28 years as well as four Emmy® Awards and six Writers Guild Awards. His Emmy® award-winning “CONAN: Without Borders” has visited 13 countries and his award-winning podcast “Conan O’Brien Needs A Friend” currently has amassed over 185 million downloads since it launched in 2018.

What do you think? Have you enjoyed the Conan TV series? Will you miss this TBS series?

Now the dozen people that watched his show will need something else to not laugh at. When he took over for Leno his lack of comedic skills was exposed. No major network wanted him so he ends up on TBS. The show must have been cheap to produce to last this long.

Well then again if you look at Stephen Colbert he’s the same way but he got lucky and landed the job at NBC network. On the world stuff with Stephen Colbert on the major networks late night TV show. Oh how sad it is