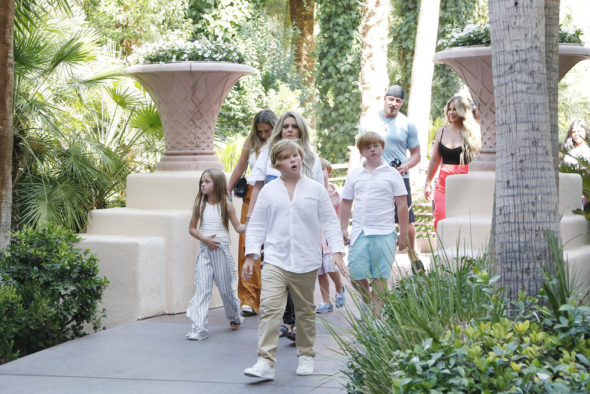 Bravo is saying goodbye to the Biermann family. The cable channel has cancelled Don’t Be Tardy…, the reality series which has been following the family since April 2012. The series concluded with its eighth season finale which aired in December.

Bravo released a statement about cancelling the long-running reality series, per The Wrap:

“We have enjoyed watching the incredible journey of Kim, Kroy and their entire family who grew up right before our eyes. We are so thankful to have had the opportunity to share their life and all the touching moments with our audience. While ‘Don’t Be Tardy…’ will not be returning for another season, the Biermanns will always be part of the Bravo family and we look forward to seeing what’s next.”

The matriarch of the Biermann’s, Kim Zolciak-Biermann, also released her own statement about the end of the series. She said the following:

“The Biermann family is extremely grateful for their 13 year plus relationship with Bravo and NBC Universal. We greatly appreciate and value the support from all of our fans as we continue to grow in the entertainment industry. In times of significant growth there are steps that have to be strategically taken, but rest assured, you will see the Biermann family on you TV screens again very soon. Grab yourself a glass of wine and stay tuned.”

Viewers were first introduced to Kim on The Real Housewives of Atlanta in 2008. She met her future husband, football player Kroy Biermann, on the series in 2010 and left Housewives in 2012.

What do you think? Have you watched Don’t Be Tardy… on Bravo? Are you sad that the series has ended?

That sucks! I love them…

Wait a sec: So we first met this woman on Real HOUSEWIVES of Atlanta, but she met her future HUSBAND in 2010….so I’m guessing she got a divorce and remarried, and this is some sort of Brady Bunch deal? Was there a point to it? Did anything real happen that wasn’t a contrivance of producers?

I loved this show. So sad it is cancelled.