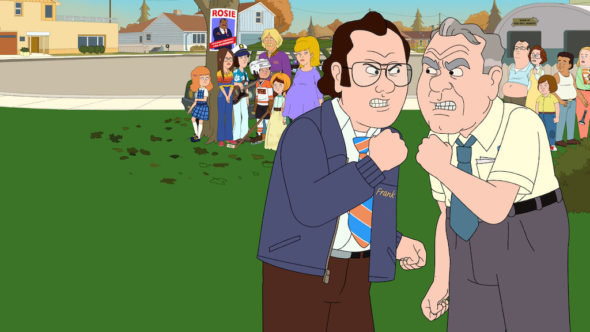 Burr promoted the return of the Netflix series on Twitter.

Additional details for the series were released on Twitter by the F Is for Family writer’s room.

No cliffhanger for us. https://t.co/cPBz1noV9i

There are several trailers and teasers in the works. The first one will come out in about a week or so. https://t.co/UO8E2vH8jf

What do you think? Are you a fan of F Is for Family on Netflix? Will you be sad to see the series end?

I swear this show not only describes my childhood, but also my life as a Frank Murphy. Thank you for this amazing show.

I am so upset to see this show go.. I can literally watch it over and over again and be entertained. I think it’s so well written and so funny! My boyfriend who doesn’t really enjoy adult animation even likes it and watches it!! Please don’t end this show!

F is for family is Outstanding #1 King of the hill #2 Beavis and Butthead #3 and so on. Please do a sixth season as i am confident it will be worth the effort of all involved. Your entire team rocks. Keep up the great job. Netflix has a habit of crapping on the good shows. Knock it off, do you hear me Netflix ?