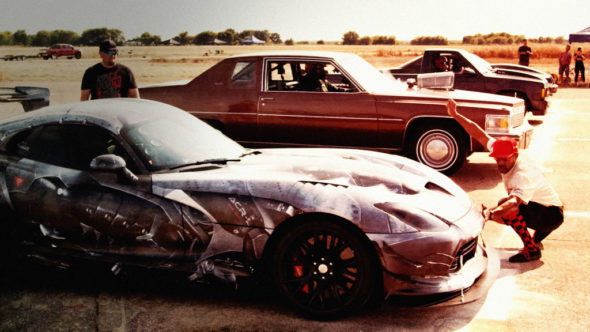 A racing series, Fastest Car pits supercars against DIY “sleeper” cars to see who truly has the fastest car around. Netflix’s new series include Car Masters: Rust to Riches and Hyperdrive, “a high-stakes tournament series where daring drivers from across the globe compete for the glory on one of the largest automotive obstacle courses ever constructed.”

Bela Bajaria, Vice President of Content for Netflix, said: “Netflix drove full-speed into the genre of car culture and competition this year with the debut of Fastest Car, and audiences around the world connected with the compelling stories of these cars and the people who love them. Fueled by that response, we’re partnering with best-in-class producers to expand our unscripted programming for motor enthusiasts and novices alike.”

What does it take to turn $1000 into $100,000? In Car Masters: Rust To Riches, Mark Towle and his team at Gotham Garage have perfected the upgrade and trade model, using sweat equity and sheer car genius to turn rusty wrecks into six-figure paydays.

The series will launch September 14

Hyperdrive is a high-stakes tournament series where daring drivers from across the globe compete for the glory on one of the largest automotive obstacle courses ever constructed.

The series is currently filming in Rochester, NY and will launch in 2019

Previously announced, Netflix is teaming up with Formula 1 on a 10-episode docu-series following the 2018 FIA Formula One World Championship, to be released in 2019. This Netflix original series will be the first to truly immerse the audience inside the cockpits, the paddock and the lives of the key players in Formula 1, granting unparalleled and exclusive access to the world’s fastest drivers, team principals and owners, as well as Formula 1’s own management team. This series will be executive-produced by Academy-Award winner James Gay Rees (Senna) and Paul Martin for Box to Box Films. Sophie Todd will be the showrunner.”

What do you think? Have you seen Fastest Car? Will you watch any of Netflix’s new car shows?