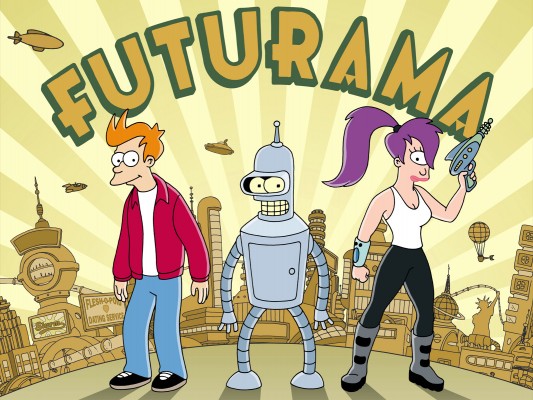 Futurama fans are in for a treat. Deadline reports the cast and creators have reunited for a “new episode” of the cancelled FOX TV show.

Created by Matt Groening, the animated sitcom followed the adventures of Philip J. Fry, a New York City pizza delivery boy who is frozen for 1,000 years and becomes an interplanetary delivery boy. The voice cast included Billy West, Katey Sagal, John DiMaggio, and Phil LaMarr. The show ran for seven seasons, first on FOX and then Comedy Central, before ending in 2013.

In honor of the new mobile game Futurama: Worlds of Tomorrow, Groening and the show’s original writers teamed up for a new audio episode of the TV series. The 42-minute podcast features the original voice cast and is available on nerdist.com, soundcloud.com, and Spotify.

What do you think? Are you a fan of Futurama? Will you listen to the audio episode?

The game is bad, tinyco makes this. It’s about money they are hurting the name series.