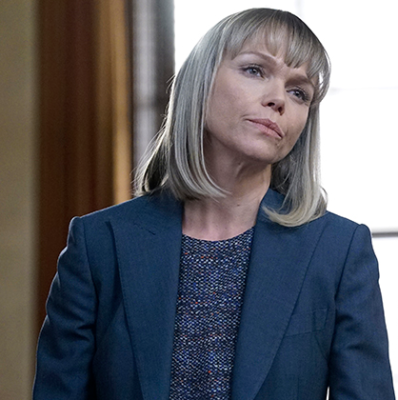 A fresh face is coming to How to Get Away with Murder. TVLine reports True Blood star Lauren Bowles will appear in the final episodes of the ABC TV show’s sixth season.

On How to Get Away with Murder, Bowles will be playing Assistant U.S. Attorney Montes “who faces off against Connor and Michaela in court following their arrest.” Bowles will make her debut when the show’s sixth season returns to ABC on April 2nd at 10 p.m. ET/PT.

What do you think? Do you watch How to Get Away with Murder? Are you excited for the season six finale?

I’m eager for it to end. I’ve watched all the way through just to keep score of how many illegal & outrageous things these folks have done & gotten away with. They would never be allowed to even finish law school let alone go out into the world. There really wasn’t even one character I liked. The finale should be everyone getting arrested & going to jail.

I love it. Glad it is coming back. Don’t know why it is taken off to begin with. Always keeps you guessing and the actors and actresses are so good.

I really am sad the show is ending I really enjoyed watching. they could have developed the characters more as they moved on in their careers

It left me with the biggest cliff hanger ever.. I am hoping for a season 7… Let me understand why in one part Asher is dead and another part he’s not..Was he the informant? Or was it his sister and mother. If your going to cancel a show, don’t leave a huge cliff hanger..ugh

Will be back April 2 with the last few episodes

I am heart broken. I look forward to every season. My favorite show. Definitely the most intriguing show I have ever watched. Great job! Never understand why tou guys stop things when they are so darn awesome.

So sad to see the show end. It is so amazing and well written. Why stop something so darn fascinating? Extremely awesome cast and twists and turns keep you on edge of your seat. Favorite show ever!!

Well, I’m in total disagreement. I’m shocked that this show is still on the air. I watched the first season & the first episode of season 2. That was more than enough for me.

To each his own. I Really like the show. I wish it would continue

I don’t want the show to end. I love it. You should really reconsider keeping it . Thank you

To say I am sad is an understatement. I am broken! Hate to see this show end.

All the fast paced interaction along with the legal info and confusion of who’s with who .. almost made me want to go to law school!
Then I realized, I’m way too old for that much excitement, deception … and murder!
Definitely looking forward to Season Six!
Weapons are loaded! Let ‘er rip!!

I don’t want the show to end. It seems that all great shows are canceled. Please reconsider.

Wish this show weren’t ending..one of the best on TV..