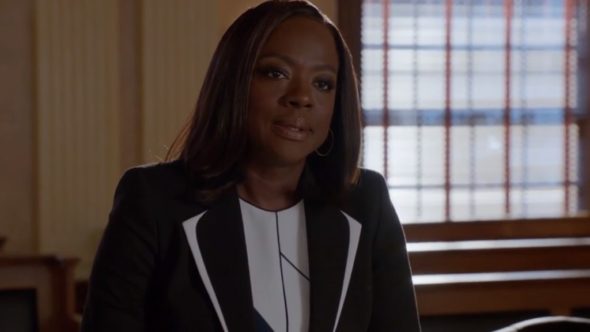 Will there be order in the court in season four of ABC’s How to Get Away with Murder TV show? We all know that the Nielsen ratings typically play a big role in determining whether a TV show like How to Get Away with Murder is cancelled or renewed for a fifth season. Unfortunately, most people aren’t part of that system. Because many viewers feel frustrated that their viewing habits and opinions aren’t being counted, we’re offering you a chance to rate the episodes here.

What do you think? Which season four episodes of the How to Get Away with Murder TV series do you rate as wonderful, terrible, or somewhere between? Do you plan to keep watching this ABC TV show? Don’t forget to vote, and share your thoughts, below.

One of my favorite shows. I hope that it lasts for many more seasons

My favorite show on television. I hope this show last many many more years I’m. Love the cast. Hope they can find a way to bring West back. Come up with some of the best storylines that keep you hanging every week. The show has outdone any expectations I had when it started. Renew renew renew!

I stopped watching the show got ridiculous. When I was watching I began to think how many murders can be committed. And Viola Davis’ character was this strong women on one hand always crying on another.

Sorry. I like her as an actress, but after viewing the first episode and seeing how dark the premise and content was, I have never watched it again. But I hope it will continue for the loyal viewers who watch it.

Renew this show! Spice up the story line. It has a great cast and awesome writers!

A great show! Viola Davis is a awesome actress hope to enjoy this show for many more seasons. Please bring back this very entertaining show.

Please renew How to Get Away Murder, I look forward to the next episodes and don’t want it to be cancelled. I think that this group of characters work very well together.