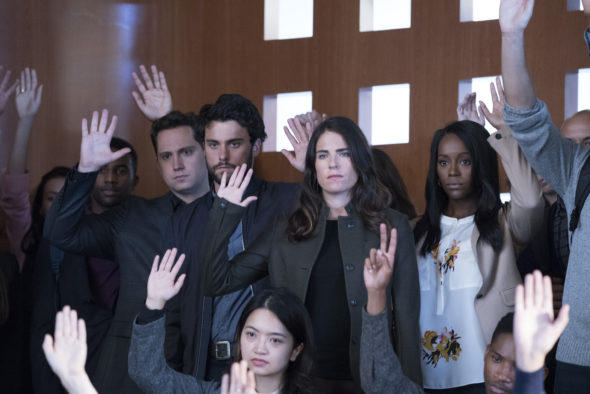 An ABC legal-thriller, How to Get Away with Murder stars Viola Davis, Billy Brown, Jack Falahee, Aja Naomi King, Matt McGorry, Karla Souza, Charlie Weber, Liza Weil, and Conrad Ricamora. Amirah Vann, Rome Flynn, and Timothy Hutton have joined as series regulars in season five. The story centers on the world of Middleton University Professor Annalise Keating (Davis). Murder, deception, fear and guilt bind her to her long-time associates and students. This season, a new mystery involving one of their own will unfold, as relationships are fractured, and new secrets are exposed.

What do you think? Which season five episodes of the How to Get Away with Murder TV series do you rate as wonderful, terrible, or somewhere between? Should ABC cancel or renew this TV series for a sixth season? Don’t forget to vote, and share your thoughts, below.

*5/10/19 update: ABC has renewed How to Get Away with Murder for a sixth season. It will be the final season.

I can’t wait to see the show How to get away with murder.

I actually love the show….i didnt keep up with it on TV but i just went on like a 3 week binge to watch all 5 seasons. I must admit it was way better than what i thought. Definitely keeps you on edge. Mrs Viola is just an awesome actress…..i can never get tired of watching her. Please dont cancel the show. The last episode just leaves us wondering and I personally need closure.

This show has run too long. Used to be good in the first couple of seasons, now it is boring and has ridiculous story lines. I mean how often could you get away with killing people and the crying jags that Annalese goes on. Give me a break!

This is The One Day I can kick back , relax an enjoy some good ole True How To Get Away With Murder. Without any disturbance from my Husband , kids Dog, neighbor . Please Don’t Take My Joy