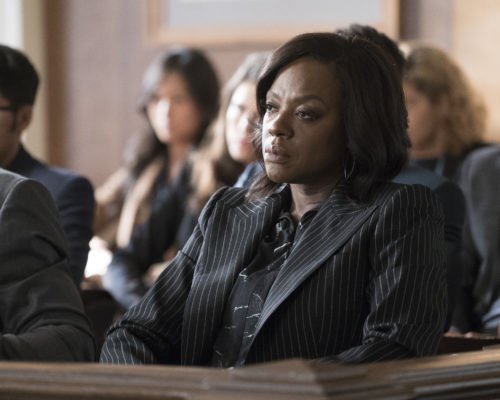 Class isn’t over just yet. ABC has decided to renew the How to Get Away with Murder TV show for a sixth season.

The fifth season of How to Get Away with Murder averaged a 0.67 rating in the 18-49 demographic and 2.84 million viewers. Compared to season four, that’s down by 29% and 23%, respectively.

Out of the 21 scripted ABC TV shows of the 2018-19 season, How to Get Away with Murder is in 15th place in the demo and 19th place in total viewership.

What do you think? Do you enjoy the How to Get Away with Murder TV show? Will you be watching season six of this ABC series?

Will definitely watch Season 6. I love this show!

Excellent show. Viola Davis is the best actress on television! Excellent actors and fantastic writing. I have never missed an episode. So many twists and turns!

It’s not only adults 18-44 watching this amazing
stay on your toes TV show. I’m in my 60’s and
I’ve watched this show from the start!!
I love love love Viola Davis. She’s awesome!!

Keeps me in suspense the whole show. Not a better actor than Viola Davis. One of my favorite top 5 shows.

Yes, I will definitely watch season six. Would not miss it. Great actors and amazing writers!