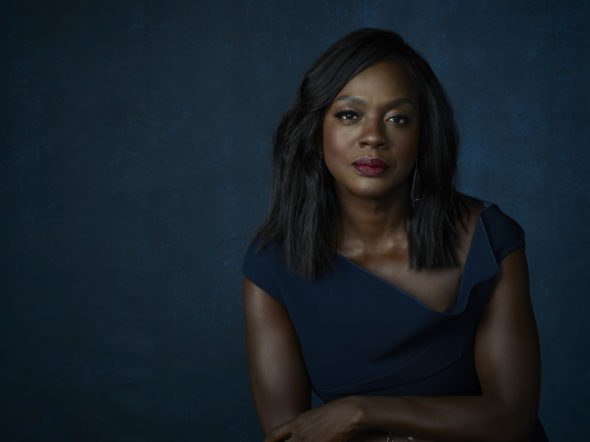 How to Get Away with Murder is airing its final season on ABC, and there is a big mystery for fans to wonder about. If you did nor watch the premiere of the drama, stop reading now!

The season six premiere ended with a flash forward. This is no surprise. The premiere and finale will book end each other, but there is a surprise in the flash forward. The final moments of the season six premiere showed Annalise’s funeral. Annalise is played by Viola Davis. Through the rest of the season, the series plans to show how her character dies. Was she murdered? Did she overdose? Did she otherwise kill herself? Those questions will be answered in the finale.

Pete Norwalk, the man behind the series, knew such a big move could only happen during the final season of the ABC series, and he is ready to give the fans a big ending. Back in May, he spoke about wrapping up How to Get Away with Murder in the last 15 episodes, per TV Line:

“For me, Annalise Keating’s journey has always had a clear ending. Knowing I have 15 episodes left to finish her story, and the chance to give all the characters their own killer endings, is a gift rarely given to a series creator.”

As for the rest of the cast of characters, each one will have questions to ask themselves as the series closes. Norwalk spoke about that as well. Per Variety, he said:

“As we get to the end of the doom and everything builds to this final, horrible conclusion — which it will be final and horrible — they have to ask themselves who they want to be, can they live with getting away with this, or is the guilt going to get to them? It’s a real existential part of the episodes: What type of person am I? Would I rather be in jail but be honest with myself and the world? Is that more liberating than running? That’s one of the final questions that I’m having everyone ask themselves.”

Fans worried that How to Get Away with Murder will end on a cliffhanger, they can stop worrying now. The ABC drama has ended each of its five previous seasons on a cliffhanger, but the series finale will not do that. Norwalk revealed that that would be the “least satisfying” way to end the series.

What do you think? Are you a fan of How to Get Away with Murder? Are you sad to see the series end? Are you surprised by the way the series plans to end things for Annalise?

I am very sad for this ending I think Annalise should of never been killed all I think she ever tried to do was help that group. What would be nice is a spin-off of the students that have become law partners, wishful thinking

Hate to see it end.

It’s past time to end. All the law breaking by attorneys/law students is over the top absurd. They seem to have no moral compass. They just worry about how to avoid getting caught. I’ll watch it on out but really have little, to no, sympathy for any of the characters.

Sad to see this show end when so much crap stays on the air for years. Viola Davis is the most amazing actress. She’ll be missed.

It was a fun show, but I’m glad it at least gets a final season to wrap things up.

Very sad to see the show end. Wish they would have continued or maybe make a spin off of it. Thank you for 5, now 6 amazing action packed seasons.

I’m really saddened that it’ll be ending with her death. That’s such a heartbreaker, she deserves to live. She’s been through so much, just trying to help those kids

Omg that’s pretty much the same thing I said and feel…uggh this was such a great show!!!!

The best show on TV.