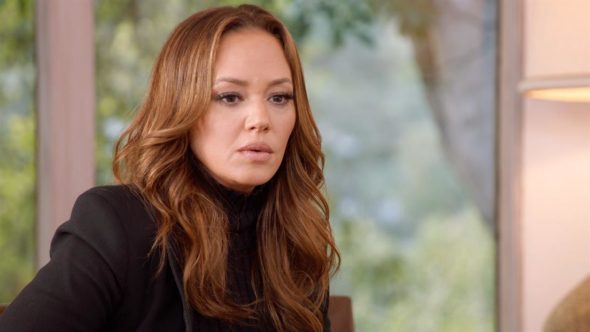 Leah Remini: Scientology and the Aftermath will be back. Deadline reports A&E has renewed the TV show for a third season.

Hosted by Remini, the unscripted series features former members of the Church of Scientology discussing their experiences and what drove them to leave the controversial organization.

A&E has not yet announced a premiere date for season three of Leah Remini: Scientology and the Aftermath, but network executive Elaine Frontain Bryant did tease the new season, saying:

What do you think? Have you seen Leah Remini: Scientology and the Aftermath? Will you watch the new season?

Please continue to have Scientology on air. This i

Please continue to have Scientology on air. This is a cult that has needed to be exposed years and years ago I’m 80 years old and my brother was so interested in this and I could not understand why he would think that a few people could go out and cure of the world it’s ridiculous we need to see this and it needs to be taken care of

You betcha, I’ll be watching another season! I can hardly wait to see the ‘Aftermath’. This cult has been committing evil behind a facade of smiles for far too long. They need to be fully exposed and indicted by law and convicted to the full extent of the law…especially for the crimes against children! I applaud Leah Rimini and her partner Mike in bringing light to this abomination of a ‘religion’. Religion, indeed….yeah, more like the antithesis of good and the proliferation of evil.

This show is horrible A&E should be ashamed.
This is “fake news” at its worst.

I think your a Scientologist and that’s ok it is your right. A&E is giving Leah her right to tell the truth and that is exposing Scientology for what it is. This is not a church its about money for its leader.

I used to make deliveries to Golden Era, I always thought that the way people acted was a little strange. I was escorted everywhere as if I were a security threat. It’s very interesting to me to learn about the ember workings of this organization

love this show! Expose Scientology for what it really is. I cannot believe there is now a Scientology channel on tv -ugh:(

I can’t wait for the next season to start up! Leah & Mike you are trailblazing and really serving as a beacon of hope for these people!…BRAVO! When is the premier date for this season?

I will definitely watch as the truth is coming out. They excumunited me and i had never even joined. This was in 75. I am glad to see them exposed.

Can they do that, without you even joining their church! Wow that’s crazy!

This criminal cult can do anything it wants.

I’m sure you would have to join before being excommunicated… That’s pretty much with everything… Hmmm a little confused maybe?

I will definitely continue to watch. It has been very informative and validates what we really already knew. Even tho the church continues to deny their crimes. Please continue to enlighten America and the rest of the world!

Really love this show and it’s uncovering of an evil cult.

Miscavige will eventually be forced to comment as his followers are now receding.

Watch our Cruise and Travolta because when the truth really comes out there will be two dead careers waiting.

I feel so badly for families ripped apart by this pseudo church. Any religion that requires you to cut off family is an isolation cult. Rest In Peace Lisa McPherson.

That is a cult. They beat you, I lived very close to the church of Scientology. It is no church , t they teach hate

Please bring Leah Remini program back for the third season