“You don’t need to be rich to be happy.” Lifetime just released the premiere date and a new teaser for their upcoming TV show, Marrying Millions.

The reality series “follows the relationships where one partner is incredibly wealthy, and the other is definitively not, leading the couple to face intense scrutiny and questioning whether it’s true love…or true love of the money and the lavish lifestyles that follow?”

LOS ANGELES, CA (May 23, 2019) – Lifetime explores the love lives of six couples in the new docuseries Marrying Millions, premiering Wednesday, July 10, at 10 pm ET/PT. From the creators of 90 Day Fiancé, the new series follows the relationships where one partner is incredibly wealthy, and the other is definitively not, leading the couple to face intense scrutiny and questioning whether it’s true love…or true love of the money and the lavish lifestyles that follow?

Marrying Millions follows six couples who are deeply in love and hoping to marry, but come from completely different worlds. Regular people are whisked off their feet and plunged into a high-end life of riches, extravagant experiences, and glamorous trips around the globe.  While it may sound like a modern-day fairytale, it’s definitely not all champagne and caviar.  On the road to the altar, the couples must try to bridge their vast differences and fit into each other’s alien worlds.  Ten one-hour episodes have been ordered.

THE COUPLES FEATURED INCLUDE 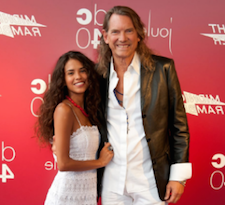 Bill, who describes himself as 60 years young, founded and currently runs a commercial real estate company with investments in the billions.  Twice divorced, Bill met Brianna, 21, at a popular restaurant in Dallas where Brianna was a hostess and the two began dating.  Despite their almost 40-year age gap, these two couldn’t be more in love with one another.  Bill wants to introduce Brianna to the finer things in life but wonders if she is ready for Dallas high society and if Dallas high society is ready for her. 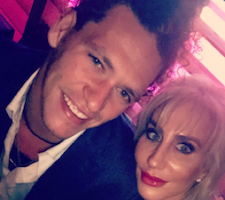 Katie, 37, was previously married to baseball star Josh Hamilton.  But following a messy and public divorce, Katie ended up millions richer, with shared custody of their daughters.  Katie met aspiring hip-hop artist, Kolton, when a group of her 18-year-old daughter’s friends showed up at Katie’s house, which included 23-year-old Kolton. After hitting it off, the two began dating and though they have only been together for a few months, there has already been backlash from her friends and family and she has yet to meet his parents. 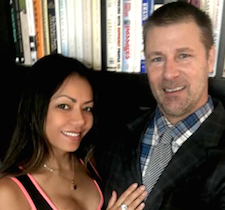 Gentille is a real estate investor who buys and sells extravagant homes, and in doing so, lives an extraordinarily lavish lifestyle.  Brian, meanwhile, comes from a blue-collar family in Minnesota and works in construction, living paycheck-to-paycheck. The two met when Gentille hired Brian to work on one of her developments, but Brian quickly won her over with his charm and sense of humor and they began dating.  Gentille’s friends, a big part of her life since she has no family, have their doubts about Brian’s true intentions. 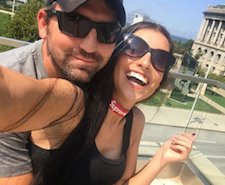 Divorced, multi-millionaire Drew, who owns a successful construction and landscaping company, met Rosie, a recent college graduate who still lives with her parents. Drew enjoys spoiling Rosie with fancy dinners, extravagant purchases, and basically whatever she needs, much to the dismay of Rosie’s family who aren’t supportive of their relationship. 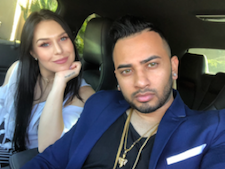 Millionaire Shawn is a 29-year old entrepreneur and rapper from Palm Springs, who made his money in the tech sector.  Kate, 33, met Shawn at a business conference she attended and where Shawn was the keynote speaker.  After the speech, Kate approached Shawn about a mentorship, sparking a romance where the two have been dating ever since.  Shawn enjoys lavishing Kate with all the finer things that she never had growing up.  While Kate hopes to get married to Shawn soon, his career ambitions have him struggling with the idea of getting engaged. 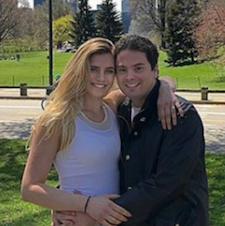 From opposite ends of the spectrum, third-generation, heir to a successful publishing company, Sean has a net worth of over $30 million, while Megan grew up in working class family from Southern California’s Inland Empire.  Megan applied for a job at Sean’s company, but when he was 15 minutes late for the interview, she left.  Sean looked her up on Facebook and struck with her profile, pursued her for the next year and a half until she finally said yes to a date with him.  A son together and five years later, the couple is ready to walk down the aisle but many still question their relationship.”

What do you think? Are you a fan of relationship docuseries? Will you check out Marrying Millions?

Isn’t Brian the guy on Grace and Frankie who runs the theater company ?

Is marrying a millionaire going to be back on TV

Is marrying a millionaire going to be back on TV

This isn’t a dating site.

I would love to be part of this show. I’m a 35 year old woman who is looking for a caring and honest man who treat me well, take care of me and make me happy. I was raised to value marriage/relationship and stand by my man no matter what. I’m well educated fun person who look younger than my age.

Yes. I would be interested in applying for Marrying Millions. I sincerely want to be married as I love marriage. At 67, I’ve had some struggles but I am truthful and sincere. As Money is not the end all and I’ve not ever been a gold digger however, that removed as an obstacle could help in just concentrating on other aspects of the marriage.

I would love to a part of this show. I can show everyone that real true love doesn’t come from or make money. I am a 49-year-old Culinary Arts student. My mother raised me in a Christian home and morals and values was her drive to make her children respect and appreciate the other half. I would like to have you like my participation in the show if you don’t mind or if you like the idea, Mr. Najiyyah Kirk Abdullah