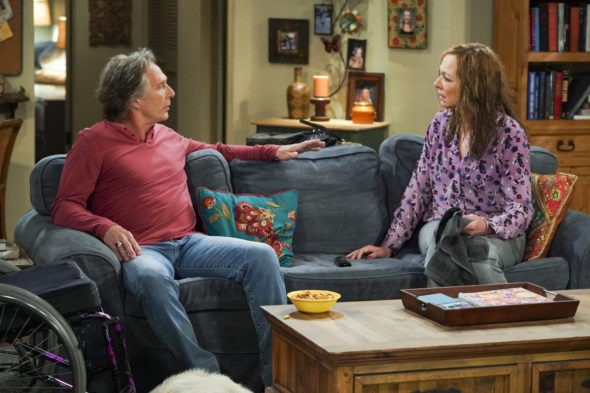 Mom is ending this week after eight seasons and 170 episodes. CBS has now released details and several sneak peeks for the sitcom’s finale. Melanie Lynskey is set to appear in the last episode after a recent appearance on Young Sheldon and a long-running role on Two and a Half Men, all series executive produced by Chuck Lorre.

CBS revealed the following about the final episode, titled My Kinda People and the Big To-Do:

“Bonnie gains a new outlook on her sobriety after dealing with difficult news. Also, Jill and Andy take a big step in their relationship, on the series finale of MOM, Thursday, May 13 (9:01-9:30 PM, ET/PT) on the CBS Television Network. Melanie Lynskey and Rondi Reed guest star.”

What do you think? Are you sad to see Mom end on CBS? Have you enjoyed watching this comedy series?

I was shocked it left too many loose ends . It did seem rushed i thought they were adding another character I loved Christy and Bonnie together wasn’t sure if I would like it after Christy was gone it was just as good or maybe better without her. The fact that Adam has cancer and they ended it there just really sucked.

This was one of my most favorite sitcom in years…. It had so much more that could have happened to take it to season 10…. And in all honestly, the series finally really sucked at paying homage to the 169 preceding episodes. Mom deserved better, PERIOD! So many of these newer sitcoms are just UGH, awful. Thursday’s and gonna be a lot less bright, with less laughs and less of a reason to continue watching CBS when the fall shows roll out. bTW, I didn’t even miss Anna Farris, so if that was one of the reasons for its cancelation,… Read more »

I’m so sad that Mom is ending… I hope that another network picks the show up!!! If Last Man Standing can then PLEASE do the same for MOM♥️

I’m so sad to see this sitcom end. We need a new network to pick it up.

Love Mom! Please someone pick it up and run with it!! I can honestly say it was the reason for me to go to a meeting and am now sober! Life changer for me