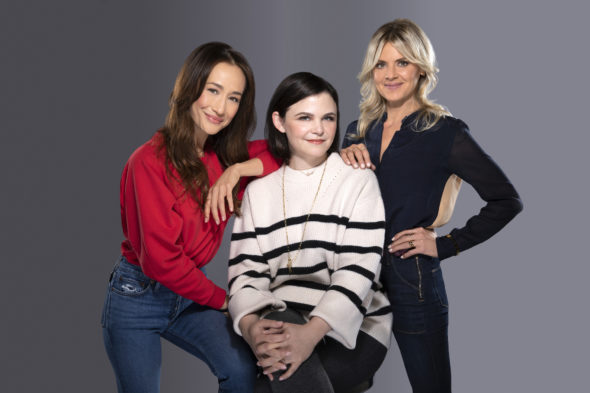 Pivoting is coming to FOX. The new comedy will follow three women who are dealing with the death of their best friend. Eliza Coupe (Happy Endings), Ginnifer Goodwin (Once Upon a Time), and Maggie Q (Nikita, Designated Survivor) will star. Tommy Dewey, JT Neal, and Marcello Julian Reyes also star in the half-hour series.

FOX revealed the following about the plot of the series in a press release.

“PIVOTING follows three women after the death of their childhood best friend. Faced with the reality that life is short, in desperate attempts to find happiness, they make a series of impulsive, ill-advised and self-indulgent decisions, strengthening their bond proving it’s never too late to screw up your life.”

Additional casting and a premiere date for Pivoting will be announced at a later date. The show will likely be paired on the schedule with Call Me Kat, the Mayim Bialik sitcom that was just renewed for a second season.

What do you think? Do you plan to watch this FOX comedy when it arrives? Are you a fan of these actresses?

I think this sounds like another “A Million Little Things” only this one will be stupid. Is this the reason they canceled Prodigal Son – for this stupid sitcom???