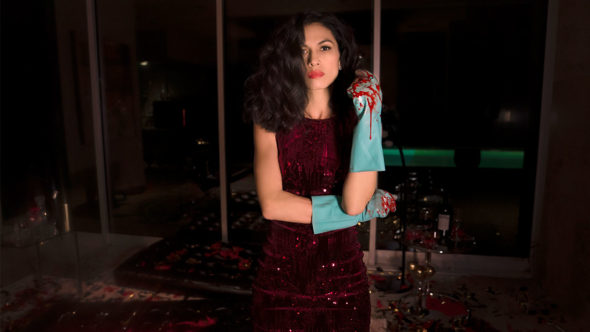 FOX is gearing up for the 2021-22 television season. Earlier today, the network ordered the Monarch TV series, about a family of country music superstars. Now, FOX has ordered 10 episodes of The Cleaning Lady which is based on an Argentinean series.

Starring Elodie Yung, The Cleaning Lady is a darkly aspirational character drama about a whip-smart doctor named Thony (Yung) who comes to the United States for medical treatment to save her ailing son. But, when the system fails and pushes her into hiding, she refuses to be beaten down and marginalized. Instead, she becomes a cleaning lady for the mob and starts playing the game by her own rules. The cast will also include Adan Canto, Martha Millan, and twins Sebastien and Valentino LaSalle (sharing the role of Luca, Thony’s young son).

Filming during a pandemic may be crazy, but how cool is this? To stay in our bubble, we flew our cast & crew on a chartered plane from Albuquerque to Vegas! Special thanks to a truly stellar crew for making this all happen. #TheCleaningLady ⁦@warnerbrostv⁩ ⁦@FOXTV⁩ pic.twitter.com/rS0aaW1wyC

Additional casting and a premiere date will be announced at a later time.

What do you think? Do you like the sound of The Cleaning Lady TV series? Do you plan to check out this new FOX series when it debuts?

I heard that Daniel Lissing was going to be on the show! I loved him in the first five seasons of “When Calls the Heart which is a series on Hallmark! I can’t wait to see him! @daniellissing!