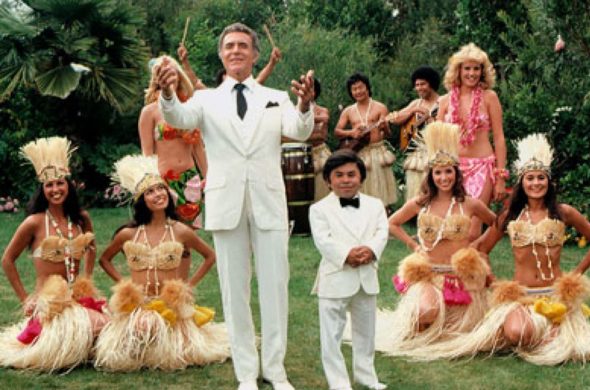 “Welcome, to Fantasy Island” — again. FOX has ordered a new version of the Fantasy Island TV series for Summer 2021. From Liz Craft and Sarah Fain, each episode of this incarnation “will tell emotional, provocative stories about people who walk in with a desire, but end up reborn to themselves through the magical realism of Fantasy Island”.

Starring Ricardo Montalbán and Hervé Villechaize, the original Fantasy Island ran for seven seasons, 152 episodes and two TV movies on ABC, from 1977 until 1984. The show was rebooted in 1998 for a one-season run with Malcolm McDowell as Mr. Roarke, the island’s host. Early this year, a feature film version was released which leans toward the horror genre.

FOX has given a straight-to-series order to a contemporary version of the iconic drama FANTASY ISLAND, from Liz Craft and Sarah Fain (“The 100,” “The Shield,” “Lie to Me”), to air in Summer 2021, it was announced today by Michael Thorn, President of Entertainment, FOX Entertainment.

Co-produced by Sony Pictures Television, Gemstone Studios and FOX Entertainment, and executive-produced by Craft and Fain, FANTASY ISLAND is a modern semi-anthology series that delves into the “what if” questions, both big and small, that keep us awake at night. Each episode will tell emotional, provocative stories about people who walk in with a desire, but end up reborn to themselves through the magical realism of Fantasy Island.

“In continuing to develop outside of the traditional broadcast cycle, we’ve been particularly focused on providing viewers with summer series that offer a true escape from everyday life – to be sure, now so more than ever,” said Thorn. “FANTASY ISLAND is a beloved program, and the world Liz and Sarah have created for this contemporary adaptation is signature FOX and a perfect show for today’s times. After all, who among us wouldn’t take a (safe) trip to Fantasy Island right now?”

“FANTASY ISLAND has always been one of our most popular and iconic series and when we heard Liz and Sarah’s vision of this world, we immediately knew they were onto something special. We can’t think of better partners than FOX to work on this entirely novel take on this classic property — this is truly a wonderful and exciting way to launch our new venture, Gemstone Studios,” added Jeff Frost, President, Sony Pictures Television, and Jason Clodfelter, Co-President, Sony Pictures Television.

Craft and Fain grew up together in Kansas City, MO. Craft attended Columbia University in New York and went on to work as an editor of young adult books. Fain attended Williams College, and then joined Teach for America, where she taught high school English and creative writing in rural North Carolina. Since then, they have executive-produced, created and written for numerous television series, including Joss Whedon’s “Angel”; the Emmy and Peabody Award-winning show “The Shield”; “Women’s Murder Club,” which they created, based on the James Patterson novels; “The Vampire Diaries”; and “Lie To Me.” Craft and Fain also created “The Fix,” with former Los Angeles prosecutor Marcia Clark. They co-host the hugely popular weekly podcast “Happier in Hollywood,” which is about how to survive the war of attrition that is life in Los Angeles. It was recognized in Apple’s New & Noteworthy and has more than five million downloads.

Executive-produced by Liz Craft and Sarah Fain (“The 100,” “The Shield,” “Lie to Me”), FANTASY ISLAND will be co-produced by Sony Pictures Television, Gemstone Studios and FOX Entertainment.

What do you think? Have you watched the original Fantasy Island TV show? Do you plan to check out this new version on FOX?

Please no. The last movie was a terrible. Terrible

Don’t plan on watching it

As if the recent movie version wasn’t awful enough? Not everything needs a “reboot”. Although at least this would give me some material to torment Ricardo Montalban & Herve Villechaize down here in Hell.