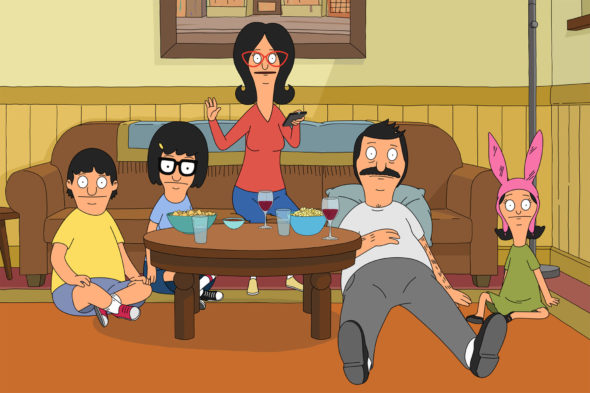 Bob’s Burgers is coming to the big screen. Deadline reports FOX has ordered a feature film based on the TV show.

Few details about the Bob’s Burgers movie have been announced, but FOX has set a July 2020 release date.

We’re thrilled to be invited to bring Bob’s Burgers to the big screen. We know the movie has to scratch every itch the fans of the show have ever had, but it also has to work for all the good people who’ve never seen the show. We also know it has to fill every inch of the screen with the colors and the sounds and the ever so slightly greasy texture of the world of Bob’s – but most of all it has to take our characters on an epic adventure. In other words, it has to be the best movie ever made. But no pressure, right?!”

What do you think? Are you a fan of Bob’s Burgers? Are you excited for the movie?

My whole family loves this show. We have watched so many reruns… We practically memorized every show. Please make new shows!!

Love Bobs Burgers, ALOT! Have every episode on the dvr. FOX would be crazy not to renew, I am looking forward to the movie in 2020. TLG, good luck with your battle, its a tough fight for sure. Keep your head up, be strong and keep ur faith. praying for you. would love to see you rocking those ears, thats hilarious.

My husband and I absolutely love ❤️ Bobs Burgers. I’m a 49 year old year African American woman and I bought a pair of pink rabbit ears. I love the dynamics of each character. I really wish I was going to be here in 2020. I’m battling terminal cancer. I’ve always bought “many” t-shirts, of course they’re different pictures of BB”, for my husband and myself. Unfortunately we haven’t seen any the of the earlier episodes. Buying each season is incredibly costly and at this time we can’t afford them. We will eventually. Please stay true to the characters and… Read more »