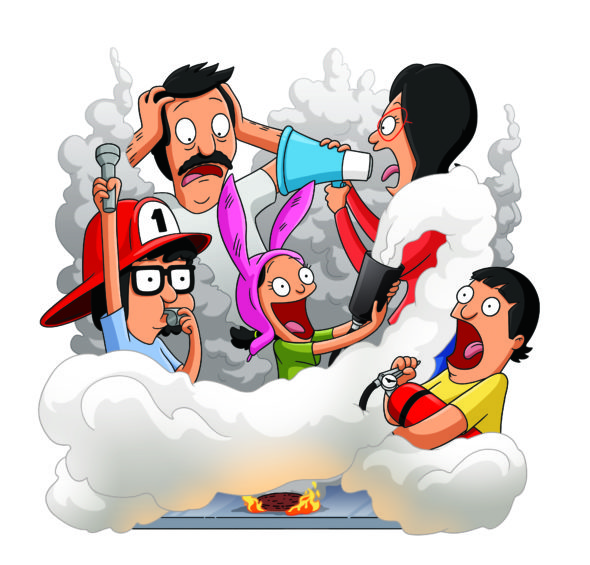 Has the Board of Health shut down Bob Belcher? Is the Bob’s Burgers TV show cancelled or renewed for a ninth season on FOX? Telly the television vulture is watching for the latest cancellation and renewal news, so this page is a dedicated place to track the status of Bob’s Burgers, season nine. Bookmark it or subscribe for the latest updates. Remember, the television vulture is watching your shows. Are you?

The eighth season of Bob’s Burgers is averaging a 1.01 rating in the 18-49 demographic and 2.24 million viewers. Compared to season seven, that’s down by 4% and down by 2%, respectively. Learn how Bob’s Burgers stacks up against the other FOX TV shows.

The series premiered with higher ratings than last year and Bob’s Burgers is doing well so I suspect it will be renewed for a ninth season. I’ll keep a hungry eye on the Nielsen numbers and update this page with breaking developments. If they do cancel it though, I am not eating off those greasy counters. Either way, subscribe for free updates on any Bob’s Burgers cancellation or renewal news.


What do you think? Should the Bob’s Burgers TV show be cancelled or renewed for a ninth season on FOX? When do you think this animated TV series should end?

Bob’s Burgers is my favorite part of my week. I wait every week for their new episode. Please keep this show for season 9, for it may be the only new show I keep up with that hasn’t ended, and i’d be disappointed if this was to end at season 8. I love this show as much as I did with family guy and American dad. Its got a different sense of humor that makes it unique and more relatable…. hopefully i’ll be watching new episodes soon. <3

Bob’s Burgers has got to be the best animated Family series ever made. It has comedy for both grown-ups and children alike. they should definitely keep it for season 9

Two more ears! As in please keep this show going!
It’s amazing in every way possible!