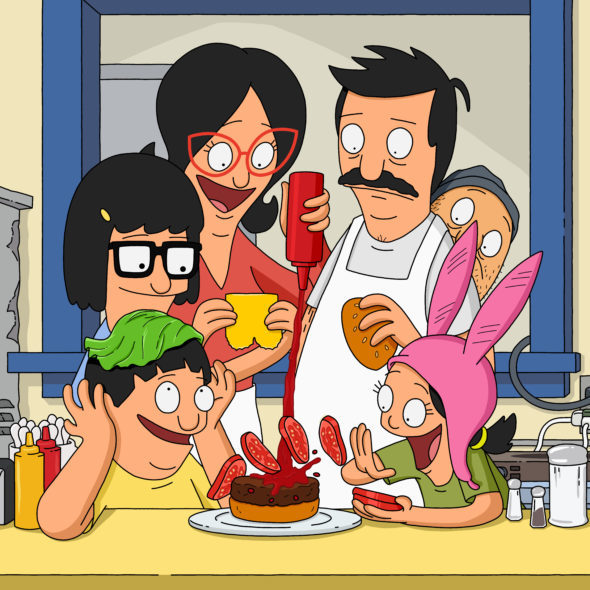 Bob Belcher and family are still in business. FOX has renewed the Bob’s Burgers TV show for a 10th season. The series joins The Simpsons, which was picked up through season 32, and Family Guy, which was also renewed today, as the only FOX series renewed so far, for the 2019-20 television season.

Bob’s Burgers: A Look at the Ratings

The ninth season of Bob’s Burgers is averaging a 1.21 rating in the 18-49 demographic and 2.84 million viewers. Compared to season eight, that’s up by 20% and 27%, respectively. Learn how Bob’s Burgers stacks up against the other FOX TV shows.

The renewals also come as Fox looks to lock down top talent ahead of the 21st Century Fox-Disney merger. Upon completion of the merger, the Fox broadcast network will be part of the separate Fox Corporation entity that will emerge after the sale.

What do you think? Are you a fan of the Bob’s Burgers TV series? Do you plan to watch the tenth season on FOX? Let us know, below.

I absolutely LOVE this show….they remind me so much of my wacky little family

I think it is important that’s bobs burgers is forever creating new content. I am obsessed and want this to be something my kids one day watch too lol

I love Bob’s Burgers and I’ve seen every single episode at least 4 times (more than that for seasons before 7), and I’ll watch every season this show puts out. It was the first adult animated show I ever saw. I watched it on my PSP when I was like, 9 or 10. It’s my favorite